(Nashville, TN) - Vanderbilt won its bowl game, 16-14 over nationally-ranked Boston College. It was the Commodores' first bowl game since 1982 and their first bowl victory since 1955! It was the school's second bowl win ever. My wife, a long-suffering Vanderbilt graduate, saw every moment of it and was thrilled. My daughter and I were pleased to be in her company. We had to earn it, though. It was COLD! 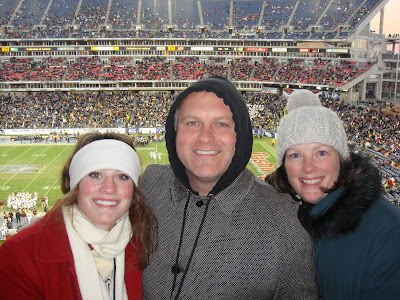 During the second quarter, temperatures were in the 30's with a stiff wind. 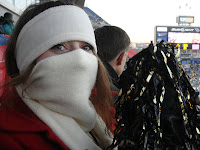 I started to shiver and my daughter said her toes were numb. We thought we were prepared, wearing many layers of warm clothes; but were a little uncomfortable to put it mildly. It was the coldest I had been for any sustained period in at least fifteen years, probably more.
That's okay, though. The conditions made the experience more memorable. The truth be told, if it had become unbearable, we would have been okay. 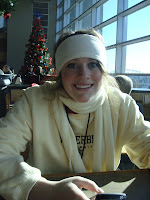 We had club level tickets, so we had the option to go inside and watch the game on television at any time. Why would you want to do that, though? It wasn't a particularly well played game, but it did go down to the final seconds. Vanderbilt intercepted a BC pass with less than two minutes left in the game to seal the victory. At that moment, the temperature didn't really matter. 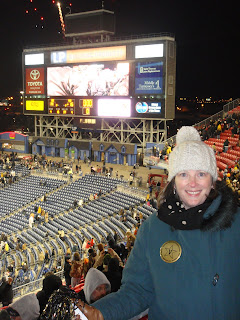 It really meant a lot to my wife, who stayed long after the final horn to watch the trophy presentation, see a fireworks show and to find out who the Most Valuable Player was. Her phone starting buzzing immediately with text messages and calls from friends and co-workers who knew we had made this trip. 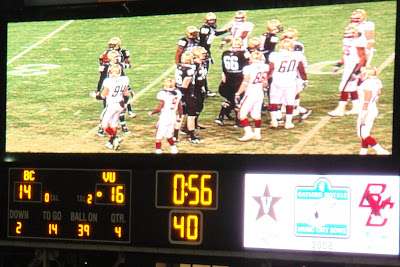 It's been a blast, to be honest. Given Vanderbilt's pace for winning bowl games, it may truly be a once-in-a-lifetime experience. Let's hope not, but either way I'm glad we were here to share it.