Memory Lane and Maybe A Glimpse Into the Future 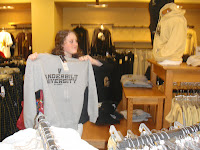 (Nashville, TN) - Our daughter, a junior in high school, made her first official university visit today when she sat through an information session and took a long guided tour of Vanderbilt. This is exciting and scary for a lot of reasons. She really liked the place, but it's expensive! Also, she has to get in if she wants to attend. She probably will have the academic credentials, but the place is intensely competitive.
Her mother graduated from Vandy, which is why we find ourselves here for the football team's first bowl game since 1982. I wonder if having a parent as an alumna will work in the favor of an applicant? It can't hurt, can it? 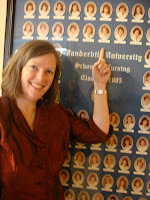 There was a nice moment for my wife. We walked through the some of the buildings where she had classes and found a composite photo of her graduating class. She was front and center as class president! It was neat for her daughter to see that. It was also nice for me, because that's the year I met her. I told my daughter, "Look, that's the girl I met." Very sentimental. 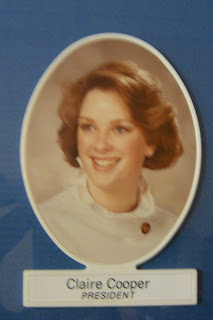 There was a beautiful reunion with my wife's college best friend. I told our daughter this would be noteworthy because no one makes her mother laugh as hard as Dana does. The occasion did not disappoint. The hilarity started on the phone and less than five minutes into lunch, my wife had tears shooting cartoon-like out of her eyes. It was immesnsely entertaining for near observers, who can only imagine what life must have been like when thosse two were together on a daily basis. 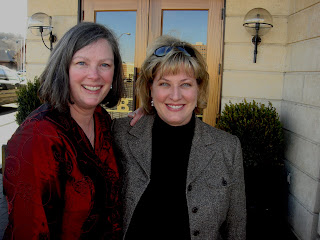 Soon, we will turn our attention to the business of football. I hope the Commodores cap off an already memorable trip with a nice victory. It doesn't seem likely, but a Vandy fan can dream. My wife and her schoolmates have been waiting more than a quarter-century for this. Win or lose, it's been worth it.