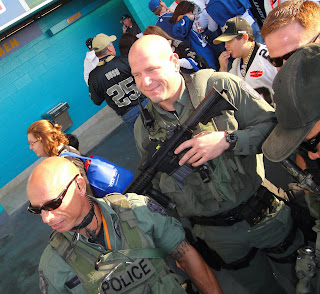 (Miami) - How crazy are these people? Ear-splitting "Who Dat?" chants are now filling the concourses. Security forces, replete with body armor and automatic weapons, were surrounded by Saints fans and bullied into submission. The people WOULD NOT LEAVE THEM ALONE until at least one of them responded with a "Who Dat?" of his own. The guy with the gun meekly muttered a "Who Dat?" and he was met with a raucous ovation. Then, the crowd moved on. 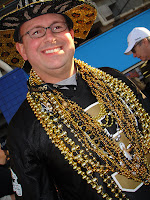 It's Carnival season, and a Black and Gold version of Mardi Gras is spreading across the place. People are simply taking leave of their senses. I ran into my boy Jay from Bossier City. This man is a highly-respected surgeon, but this week, he's simply a fan. 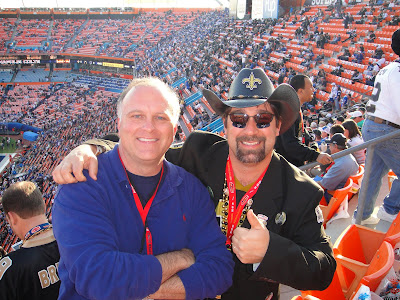 From his seat, he can stare right into the CBS Sports broadcast position. He's thrilled to be here. 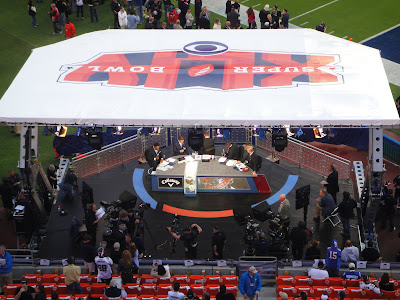 Meantime, the teams are coming onto the field for pregame warm-ups and Colts fans are finding their voice. "Let's Go, Colts!" is their chant. Somehow, it's missing a a little character. 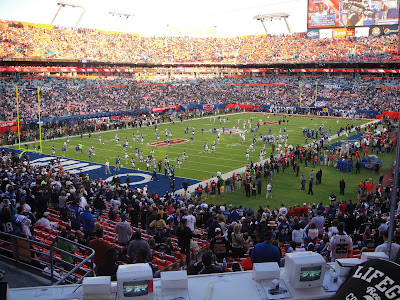 Now, let me take these beads off and get ready for the Super Bowl. 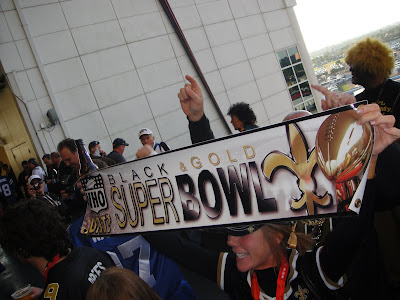 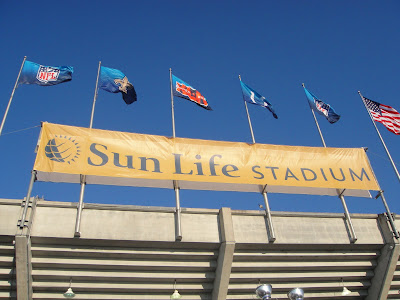