It Snowed! My Daughter, like so many others, was a little kid again for most of the morning. 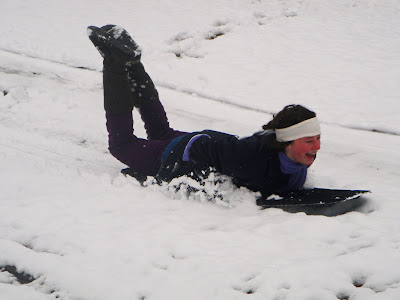 In other parts of the country, this kind of snowfall is a non-event, but here: it's the kind of thing you get up early to see and celebrate, because it only happens about once a decade. 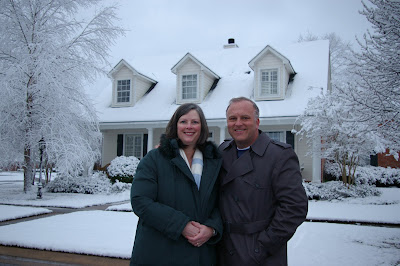 This was such a treat and people were cramming in slow-related activities as best they could. 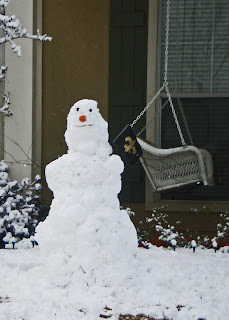 Time and again, I heard of the "Holy Trinity" of rare snowfall: Snowball fights, snow angles and snowmen.
As snowfalls go, this one was almost perfect. Most of it fell overnight, limiting disruption and accidents on the roads, while allowing us to wake up to a winter wonderland. Flurries continued throughout the morning before giving way to the occasional break in the clouds.
By mid-day, temperatures were well above freezing, which meant that most of the fluffy blanket melted away. While schools were closed, roads were mostly passable. 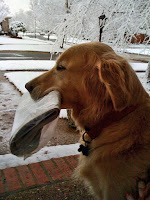 So, this was a pleasant event for almost everyone.
Certainly, there are exceptions. The Best Dog Ever needed her nose for news to relentlessly search for the morning paper. She had to dig it out of the snow. She didn't appear to like it very much, but she accomplished her mission.
An invigorating snow day is good for the spirits every once in a while. There was excitement around town as people swapped their snow stories. 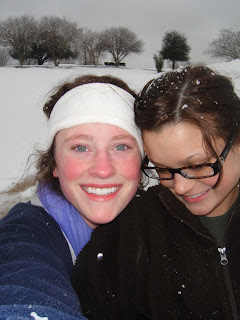 There was no school today, even at the university level. Most young people didn't hang around the house. Friends gathered and turned the weather into an all-morning party. Maybe it won't be another ten years before something like this happens again. It's uplifting, just for a little while, to just go outside and play! Couldn't we all use a few more days like that? 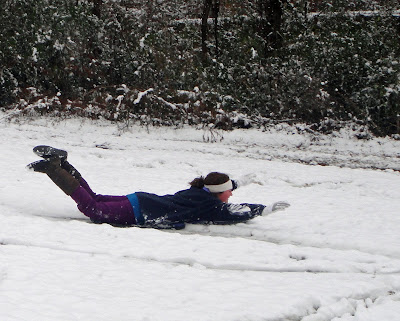