The Super Bowl is Here

The Saints won the toss. Ran three plays and punted. Drew Brees overthrew a wide open receiver. The Colts got a field goal with their first possession.
The Colts fans are in full voice as Peyton Manning leads the team to scores on its first two possessions. The touchdown resulted from the longest drive in Super Bowl history: 96 yards on eleven plays. 10-0 Indianapolis at the end of the first quarter. 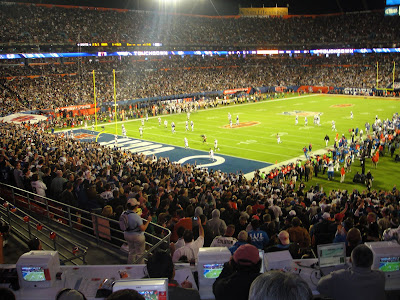 The Saints kept the ball out of Manning's hands with a long, time-consuming drive. They were stopped at the goal line on fourth down, forced the Colts to punt and got another field goal on the last play of the half. 10-6 going to the locker rooms.
Halftime: The Who! 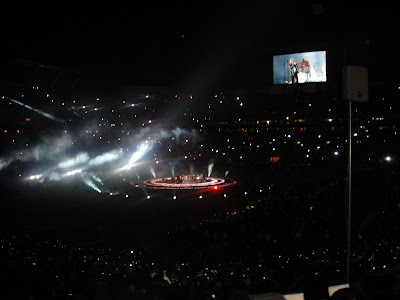 I've now seen U2, Paul McCartney and The Who at Super Bowls. This is indescribable. I knew every word to every song.
Colts get the ball to start the second half...
No they don't! The Saints pulled off a successful on-side kick and marched down the field for their first-ever Super Bowl touchdown. The honor goes to running back Pierre Thomas. 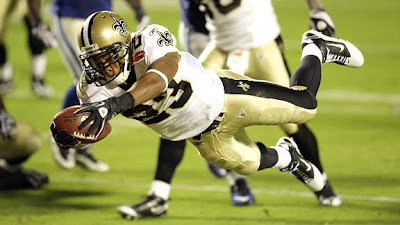 Saints got the ball, the momentum and the lead, 13-10.
Of course this meant the Saints had to actually kick the ball to the Colts. Peyton Manning marched his team right down the field and answered with a touchdown, regaining the lead, 17-13. They scored right in front of the largest collection of their fans in the stadium. For the first time possibly ever, the people in blue are louder than those in black and gold... 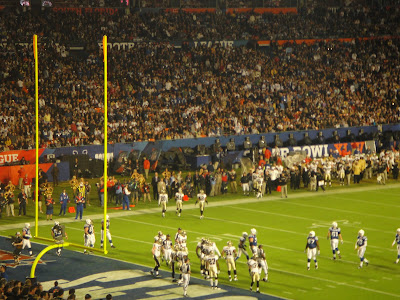 The Saints responded with another field goal and the third quarter ended with the Colts leading, 17-16.
The Saints marched 51 yards in nine plays followed a missed Colts field goal attempt. 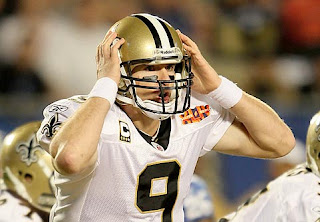 Drew Brees connected with Jeremy Shockey for a touchdown. A two-point conversion gives the Saints a seven-point fourth-quarter lead! 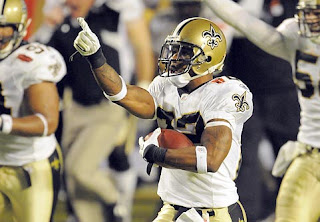 Then, Tracy Porter picked off a Peyton manning pass and was off to ther races! A 74-yard interception return for a touchdown gave New Orleans a 31-17 lead.
And the Colts would not score again. The Saints are the best team in pro football, The Super Bowl champions. This lights the fuse on a celebration that likely will be unlike anything football fans have seen. 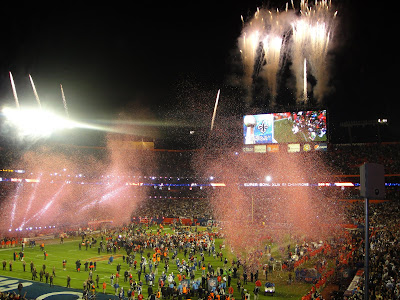