(Miami Beach) - Bourbon Street has come to South Beach. New Orleans Saints fans have taken over. On this, the night before their beloved team's first-ever Super Bowl, they joyfully squeezed Indianapolis Colts fans off of Ocean Drive with their sheer numbers and unbridled enthusiasm. 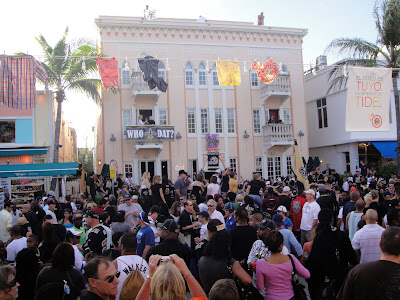 The Colts are favored to win the game, but they aren't in the same league with the party. There's enough rock and hip-hop to give Miami Beach a thunderous thump-thump on a regular Saturday night, but with Saints fans in charge you can add drums, horns and spontaneous parades... 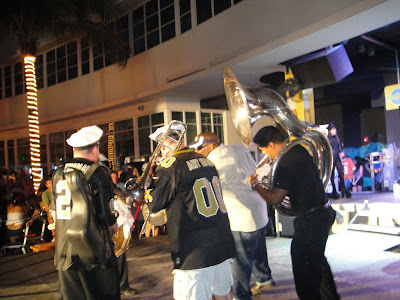 When you think Bourbon Street, certain things come to mind. For instance, people elbow to elbow in the street, partying with purpose. Check: 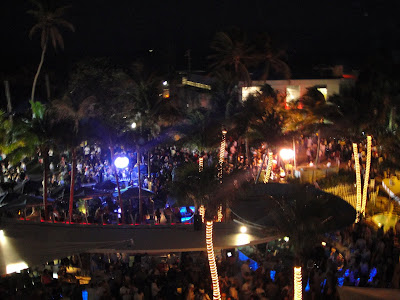 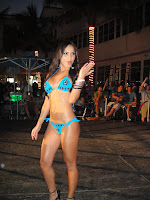 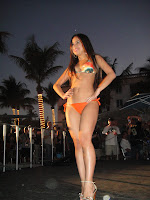 Bourbon Street has been known to feature a little burlesque along the way. Check: 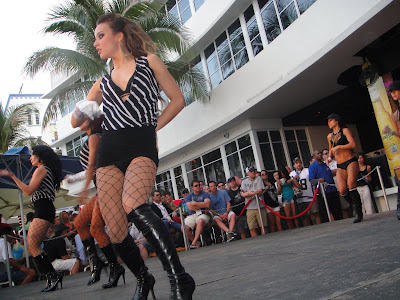 I felt it was vital to document this rampant debauchery so that we may properly disapprove of it. Clearly, French Quarter sensibilities have stormed this beach with a blitzkrieg of Who Dat Juju.
What reminds us that we are not, in fact, in New Orleans is the beach itself. Having just one full day here before the Super Bowl, making my way to the sand and surf was a priority. It was late in the afternoon when I arrived with the traveling party and most of the beautiful people had moved inland to brace for the storm of Saints faithful. 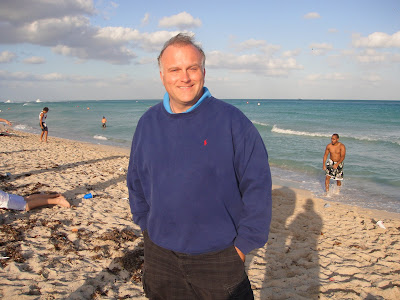 This actually worked to our advantage because we were able to hang out for a while without getting in anyone's way or working up a sweat. 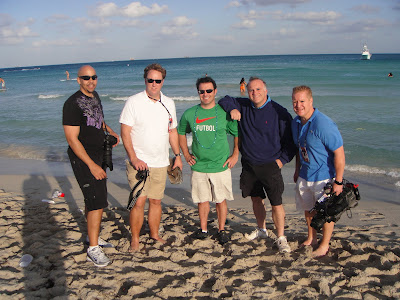 The parties will pause tomorrow because this particular Sunday is about the business of football. That's what worries me for Saints fans. The Colts and their followers have been businesslike in their approach to all this. Meantime, for the fleur-de-lis folks, it's all about the festivities. Having spent a couple of days embedded with them, I'm really pulling for their team to win. It would simply mean so much to them. If they do indeed become Super Bowl champs, in terms of a party, we ain't seen nothin' yet. Who Dat? 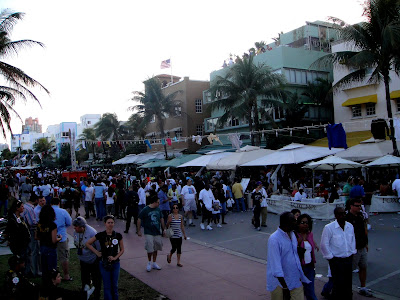