My Daughter the Difference Maker

My daughter is home from Mexico where she had been on a mission trip to build houses for underprivileged families. We were approached by several of the adults who went along on the trip, who described her in glowing terms. "A force," "A blessing," "A joy" were just a few of the comments we received. What a wonderful thing to hear about your little girl.
She became adept at drywall, we are told. The "force" part came from her work ethic. 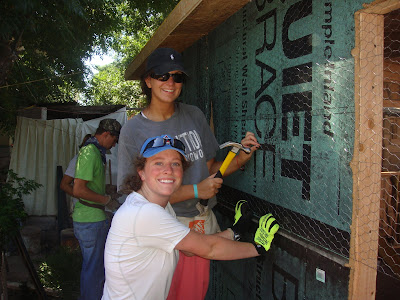 The credibility of our feedback was underscored at a church service dedicated to the enterprise. 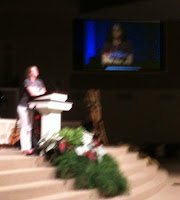 Two of the young people were chosen to address the congregation, one young man and one young woman. Guess what? Happy Couple II were the ones. They spoke separately with no reference made to their romantic entanglement. Both were eloquent and passionate. It was a proud moment for a parent, to be sure.
The crew made an easily identifiable difference in the lives of at least one family. They had been living in a corrugated tin dwelling with no windows or doors. Now, thanks to the efforts of my daughter and her companions, the family has a solid roof over their heads along with real windows and doors. 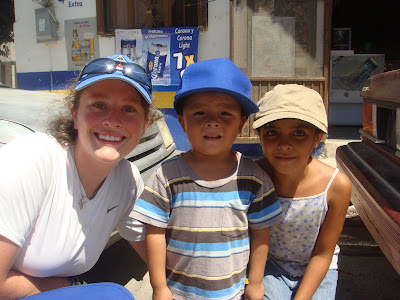 While they were doing admirable work, they did have time for some good fun, morphing from missionaries to tourists as quickly as they could slap on a silly sombraro. 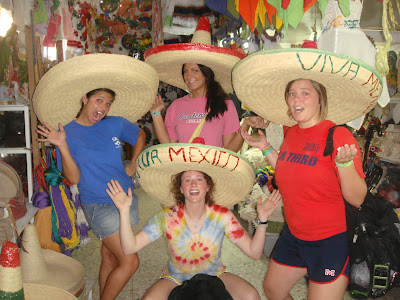 Or, if you're a guy who thought long and hard about going to an actual outdoor Mexican wrestling event, you could hide behind a mask. 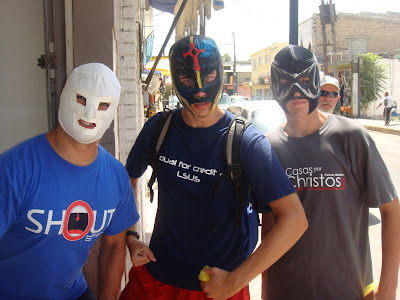 There was time for fun and games, too. There was plenty of pick-up soccer and a little game called broom ball. 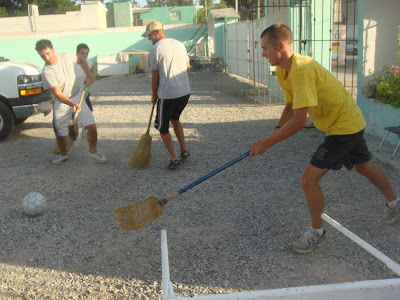 He said the only regret he had was that they didn't bring enough soccer balls to leave one behind for everybody. They had to randomly choose who got to keep all the things they donated.
With just three weeks left until she starts her senior year, my daughter's "summer of service" seems to be winding down.
The romance seems to be going in the opposite the direction. After spending a week in one another's company in impoverished conditions, Happy Couple II seem to be even closer. I'm thinking that's an entirely different kind of "force" to be reckoned with.