Final Lap for the Gang of Five 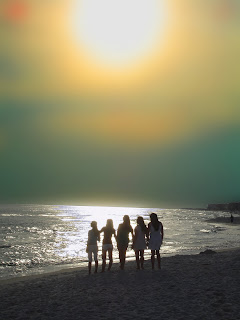 My daughter is blessed with many friends and she transitions deftly between several social groups. There's some crossover, but mostly her worlds orbit about her in harmonious concurrence.
There is a core group that is her well-established base and while there's occasional infighting, they're still together. They have traveled thousands of miles with one another, spent countless nights together, laughed, cried, argued and most importantly have inspired those around them with how much they love one another.
Now, they are preparing to start their senior year in high school. Who knows where they all will be a year from now? 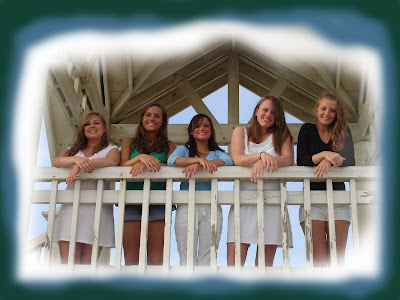 So, we have begun the rites of passage. Senior rings were acquired in the spring and now it's senior portrait time.

The five got together for a group session and based on the first promising preview we've seen from talented and beautiful photographer Kristin Mosura, we may be spending a whole lot of money on keepsakes.
Whatever it takes, we will be happy to have them. All of these girls (and several more) have taken up permanent residence in our hearts. We look forward to discovering what becomes of them. For now, we will cling to them for one more year. Then, we will have to settle for lasting images to remember where they started.