Home Again, But Just for a Bit 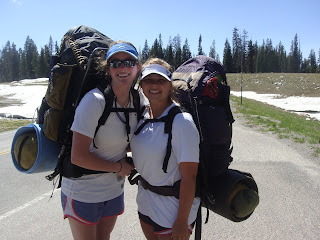 You wouldn't think a 17-year-old girl would be grateful for heat and humidity, but we have one. "I spent a week hiking in snow and rain," said our daughter by text message as she was on her way home from the Wyoming wilderness. A Louisiana girl with a romantic notion about camping in the mountains during the hottest part of a southern summer had a close encounter with reality somewhere in a snowbank. "I did a face plant on the first day," she reluctantly reported. She was not alone. Two of her closest friends were along for the trek. Upon their return, they reported with refreshing candor that our daughter seemed to thrive under the pressure while one of them merely coped and the other struggled mightily. There were spectacular moments, to be sure. 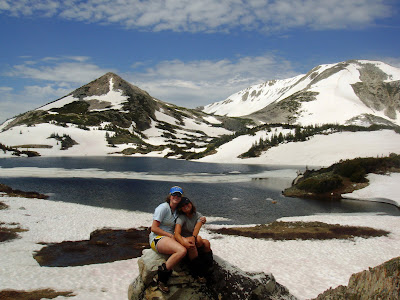 But the girls had to work to capture that magic. Trudging through July snow and ice, sleeping under the stars, and choosing to stay far away from the comforts of home ultimately proved to be rewarding. 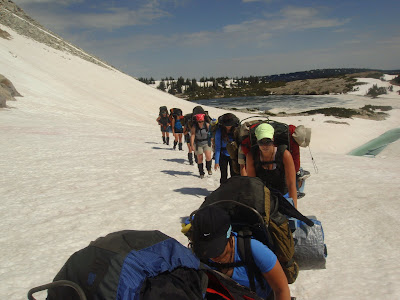 This was designed to be a spiritual journey. Out there in The Great Outdoors, a sense of the world's enormity combined with your own significance is easy to capture if you're open to it. No doubt there were temptations. The backpacks were heavy, the snow cover was cold and the prospect of a free ride certainly had a strong allure. 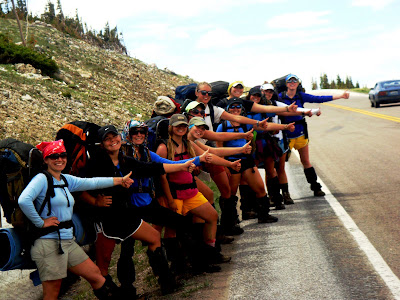 Ultimately, they proved to be anything but chicken and they crossed that road. Each camper spent one night alone Out There under the stars. We are really glad we didn't find out about that until after the fact. My baby was alone on a mountain and a thunderstorm rolled through. She admits she was scared, but she persevered and is no doubt stronger for it. She also produced some interesting self portraits. 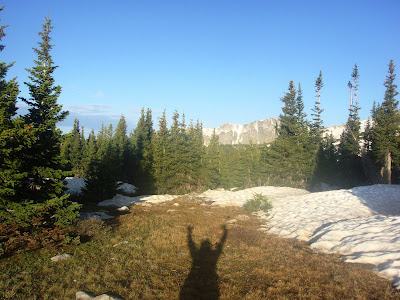 By most accounts (I stress "most," because one of our young friends was clearly relieved to be home. I said "800 thread count for you tonight," and she said "Thank God.") the trip was rewarding, uplifting and memorable. 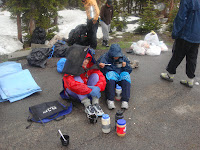 Some of the memories will be of misery, to be sure. The food left a lot to be desired. And there was the whole thing where they didn't have bathrooms and they couldn't leave anything behind. If they packed it in or produced it, they had to pack it out.
She's home for eight days, and then she's off to Mexico on a mission trip where she will help build a house. I strongly suspect she will quickly yearn for the weather up in the mountains. 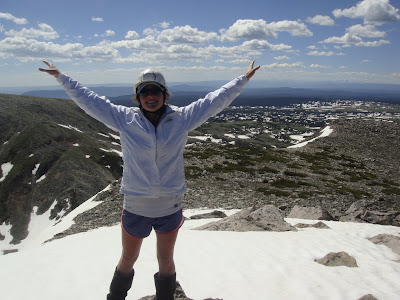