it was a great concert!
Originally uploaded by uksrb003
There's a Big Show in town tonight and we're going. Country music legend Reba McEntire and the first American Idol, Kelly Clarkson, are touring together and they're here.
It was a spur of the moment decision. We had no plans to go, but we were near the arena when the box office opened today and there were a few hundred tickets available. So, what the heck?
I guess I have to check my manhood at the door; but a couple of Grammy winners together on the same stage isn't something that happens every day.
I kind of thought this show would be a tough sell around here. There's a major Mardi Gras parade tonight, and it seems like everybody goes to those things. But, thanks to walk-ups like us, the concert is sold out. 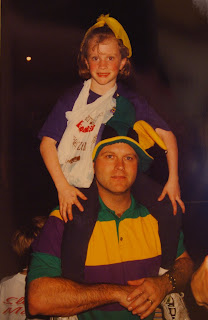 I've certainly put in my time. In fact, we used to have reserved parking spots. The kids go on their own now, and we're not big party people. So, the parades have lost their sizzle for us. I hope everybody has a good time.
Because we bought our concert tickets on the day of the show, our seats are pretty lousy. We're going for the music, though. So, as long as we can hear I'm good.
Tomorrow, I will engage in manly activities such as cursing during the Super Bowl to even things out.----------------------------------------------
Update: I have to be honest. The show was really good. I was kind of disappointed when it ended. Kelly, Melissa & Reba
Originally uploaded by springbreakheifer
A comedienne, who co-starred in McEntire's TV show, named Melissa opened with a 20-minute set and she was very funny. She had a spot in the concert, too.
Neither Clarkson nor McEntire ever left the stage, and they usually sang together, performing each other's songs. One thing I never thought I'd see: Reba McEntire doing back-up vocals on an angry rock song. She did, dancing back there and hitting all the harmonies on "Never Again."
Not only that, we upgraded our location. We got invited into one of the luxury boxes. A great show and a private bathroom! What more could you want?
I'll start warming up for Super Bowl cussing now. Sphere: Related Content