Worried to the Point of Distraction

The least-discussed aspect of my professional life is dominating my thoughts. At night, I teach broadcasting classes at a local community college. The telecommunications division is fabulously equipped. In fact, the students provide content for a 24-hour cable station and much of what they produce is vastly superior to at least one local station's attempt at news. 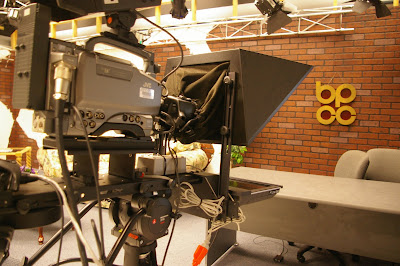 The school turns out plenty of production assistants and a few videographers. There's a lot to be proud of there.
It is the end of the semester, and my young broadcasting students' research papers were due last week. They got the assignment on the first day of class, 18 weeks ago. They received a number of reminders along the way. Of course, most of them obviously waited until the last weekend before the paper was due to actually work on it. That's to be expected. There are sixteen students in my class. Two of the papers are outstanding. 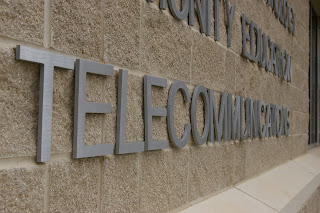 Ten are above average or good. Four are complete train wrecks. I can't explain how horrible they are: terrible English, factual inaccuracies AND giant passages are obviously copied and pasted directly from the internet. One student didn't even bother to change font styles. He just copied and pasted paragraph after paragraph from various sources, then wrote a one-paragraph conclusion. It's shockingly stupid.
Another included a long passage (Hell, a whole magazine article) without any attribution. The thing is, the article was written in 2002 and made a reference to something that the subject of the paper hoped to accomplish by 2004. I intend to ask him something like this: "I know you didn't write this. Did you even read it?" Honestly, I'm on the verge of being angry about this.
I have found absolute proof of blatant plagiarism and preposterous laziness. My head says to give them zeroes on the papers, which would cause them to fail the course. I know that's what I should do. BUT...they're freshmen at a community college. Maybe they actually don't know any better. What if other students did something similar, but were more clever about disguising it? Can I reward cunning and deception? Would it be inconsistent if I failed a handful? In college, I wasn't perfect. I wasn't a saint. Would I be a hypocrite?
This would not be the first time I have failed students. My conscience was clear the other times. Kids just didn't show up or didn't do the work. They failed themselves. I wonder if these people are actually stupid, or if they think I'm stupid. They have failed, no question about it. The only thing I have to decide is whether to allow them to get credit for sitting through the course.
I've been losing sleep over this since the papers were turned it. No mater what I ultimately decide, I'm sure I will lose more sleep when all of this is behind me.

Dear Mr. Scrooge: If one of us had tried the same thing eons ago while at LSUS, do you think we would have passed the class? I think not. It's better for your student(s) to learn a lesson like this now than later in life. It's one thing for a student to give you their best effort and fall flat. It's another thing entirely for someone to cheat to win. Please remember your other students who played by the rules and did their best. I know you'll do the right thing.

Yes, but were any as good as Brooks' essay at A&M?

That deserves a blog entry of its own.

"It sounds easy, but so does shooting a monkey into outer space."

Flunk them. It's not your fault they decided to cheat and steal unstead of doing their work.

Passing them merely teaches them that there is little consequence for their dishonesty. Better to learn that now when the stakes are low instead of later when it could cost them their jobs or freedom.

Every college has a code of academic conduct, most of which dictate that plagiarism be punishable by probation or even expulsion. And my guess is that each of your students signed this code of conduct before they were accepted for entry into the program. By the time a person has graduated from high school and is enrolled in a college curriculum they certainly should know what plagiarism is, especially in the "cut and paste" situation.

So, actually, if you just fail them, but don't turn them into the dean you're doing them a favor!

Big fat fail for those dummies! At least they'll learn to change fonts and proof read anything they cut and paste in the future.

I had a student last semester who copied two papers directly from the internet, and it took me less than 10 minutes to find both. (thank you Google) I saw red--do they really think we're that stupid that we can't recognize their writing over the course of the semester?

Most reputable colleges would turn you out completely. Unfortunately, my student was a sports star at this college and received 'player of the week' the same week she copied papers of the internet. I was instructed not to kick her out of the class.

As you can see, I have no sympathy for this laziness....