"Do you think spending the holidays in Shreveport two consecutive years is a reward? I lived in Shreveport for 14 months right out college and it felt more like a death sentence. I still have nightmares of having my car breaking down late at night in Bossier City. Medication and afternoons on a shrink's couch simply can't get me past this." - Paul Finebaum in today's Mobile Press-Register
It is tempting to get worked up when you read something like this, but let's take a breath. You have to know this writer's work. He's intentionally provocative. In other words, he writes stuff like this simply to incite a reaction. I tried something similar for a couple of years on the radio, but didn't have the stomach for it. I got tired of people not getting the joke. It wore on my wife and family that there was always someone mad at me about something Radio Darrell said. Even now, there's a local radio personality who stirs people up. Some people just don't like it. Others just don't get it. 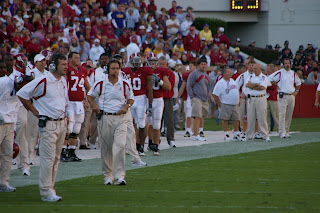 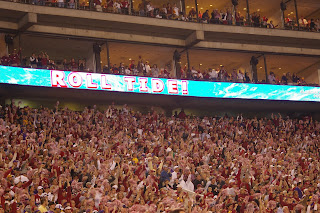 *Alabama will play Colorado in Shreveport on December 30. Remember, this is the team that lost four games in a row to end the season, including falling at home to Louisiana-Monroe. So, now a joke is making the e-mail rounds:
BREAKING NEWS !!!!!!
The University of Alabama is going to decline the invitation to the Independence Bowl. Their travel agent showed them the route between Tuscaloosa and Shreveport. It turns out Alabama won't be able to go because they can't seem to get past Monroe.
Finally, keep this in mind: It was in vogue twenty years ago to make fun of the Independence Bowl. I hear Finebaum is up for a role in the big-screen version of the late, lamented TV show "Arrested Development." Sometimes, typecasting works.