Growing Up in the Church

This time of year, people have a tendency to take stock of their religious beliefs. Conversations about what we believe have popped up in diverse contexts for me lately. My son said he engaged in a robust discussion at work about creationism vs. evolution. I recently attended a Roman Catholic mass and an Episcopal Eucharist in the same day, leading to internal conflicts about communion.

My daughter has been spending a lot of time with some friends who are active in an evangelical Christian church.
It can all be very confusing when church has always been a part of your life. I went to Catholic schools for twelve years. I was an altar boy as far back as I can remember, and a lector after that. I married the daughter of an Episcopalian priest, and so I shifted a little left in the late 1980's and became a lay eucharistic minister in her church. 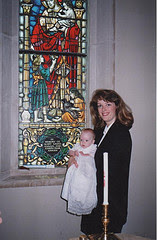 My kids were baptized in that church, and both have been confirmed there. My in-laws' roots run deep there. My wife's grandfather, an architect, designed the place. It was my father-in-law's base when he went to seminary. So, it is in many ways a home for our family. I don't even really grasp the depth of it, because my kids are fourth-generation members. I'm still a newcomer. 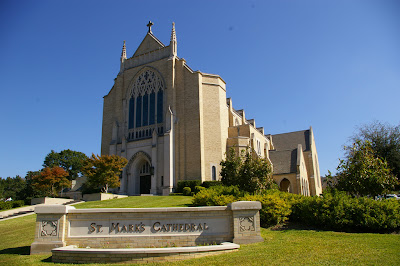 Now, we are in the holiday season. I know there are different ways to express greetings this time of year. For me, one way is best: Merry Chistmas! Sometimes, you have have to go with what you know.