Leftovers From the Party

I hoped, as the big Five-Oh party percolated in people’s brains for a while, that stories would emerge. I have not been disappointed.
The early favorite comes from a couple with whom we’ve been friends for many years. I did not know that a few weeks ago, he fell in the shower and bit his tongue. He has been recovering from a deep, painful laceration. His wife told me, “We were having a great time but we had to leave earlier than we otherwise would have. He was talking so much, his tongue was throbbing.” 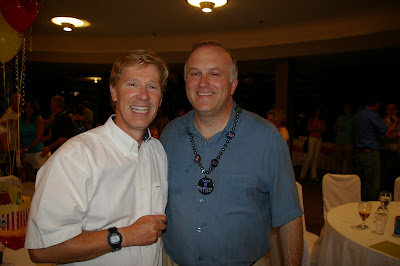 Another back story comes from those now-legendary “My Face is my Present” tee shirts. One of the wives phoned in the order for the shirts well in advance. When she did it, she had a Crest Whitestrip on her teeth, apparently creating a temporary lisp. So, when they went to pick up the shirts, they said “My Faith is my present.” 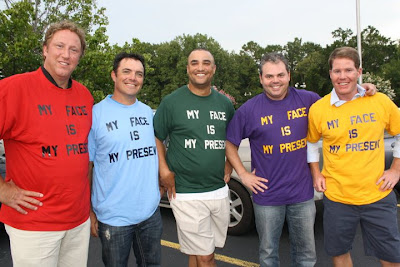 A nice sentiment, no doubt; but it was hardly in keeping with the theme of the evening. Fortunately for the sake of the joke, they were able to turn around "face" shirts quickly.
There were plenty of cameras at the party and photos are emerging at a rapid clip. In fact, there is now indisputable evidence that my sweet, apparently camera shy, mother-in law was there with a friend in tow. 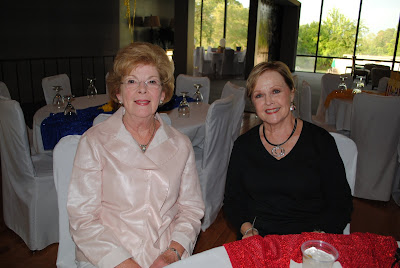 And, if you want verification of how I suffered during the gentle roasting by some of my buddies, you need see nothing more than this: 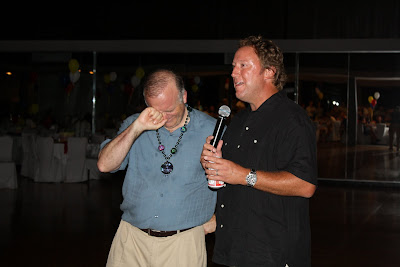 The reviews have been glowing as people regale us with tales of wonderful “worlds collide” moments.
One attendee ran into the ex-husband of a friend. She knew who he was but he did not know her. When he introduced himself, she was reluctant to give her last name. Apparently, she had been complicit in some divorce-related shenanigans several years ago. 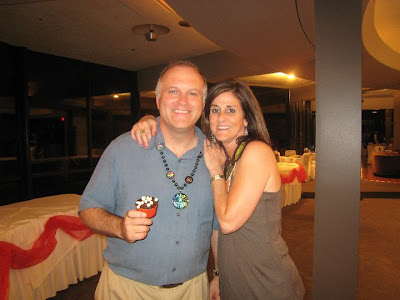 Fortunately, the statute of limitations had long since passed, as had the man’s anger. Ultimately, they were able to get a good laugh out of it.

People are raving about the band we hired. 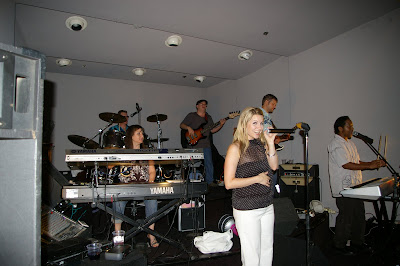 And they can't stop talking about the cupcakes. There were several varieties including lemon and red velvet; but the ones that have people smacking their lips had chocolate icing, white chocolate chips and cookie dough in the middle. 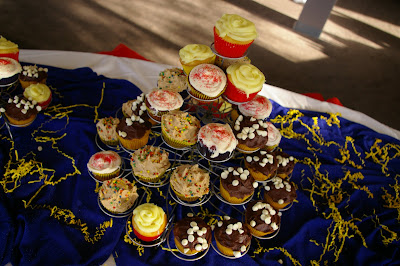 Arguably the highest compliment my wife was paid came in the form of a question: “who catered these cupcakes? They’re fantastic.” Every one of them was homemade by the cupcake committee.
They were decorative as well as delicious and the staff at the venue did a great job of keeping the towers stacked with fresh cupcakes. Here's the pre-party set-up: 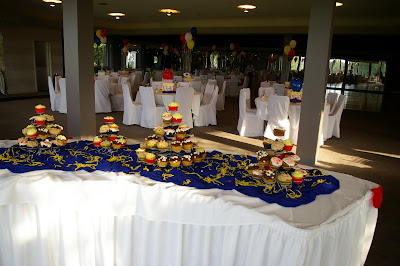 My wife spent months planning this event. She had a decorating team, a couple of guys to do the heavy lifting and lots of other folks pitching in.
It’s a great tribute to her that she was able to bring so many people together to pull it off and that it was, by all accounts, a rousing success. 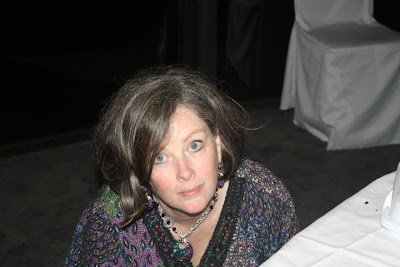 The weekend I turned 50 will be a cherished memory thanks to hundreds of friends who were a part of it. 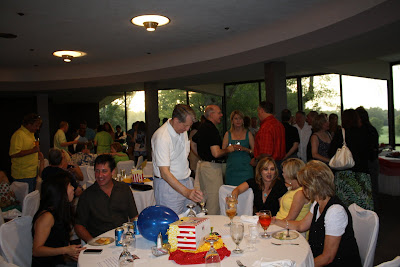 There’s no way I can thank everyone enough. 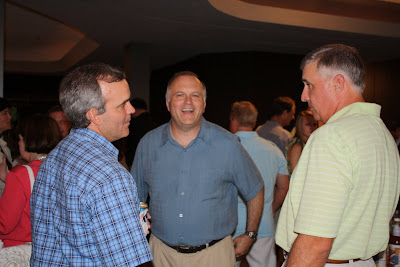 Now, there’s pressure. See, my wife is just a year and a half younger than me. How can I top all this? 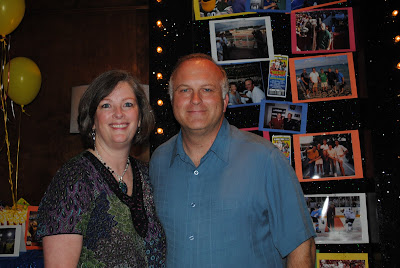