Time is starting to compress on the family as move-in day for our daughter at Texas Christian University draws near. She made her college decision early and has exuded calm confidence about it from the start. Now, reality seems to be setting in. She and her friends have been comparing schedules and have come to the sobering realization that the actual number of days they have to spend together is alarmingly small. She has been closely-knit with many girls since middle school, and the inevitable unraveling of that long-established support system has become unsettling. 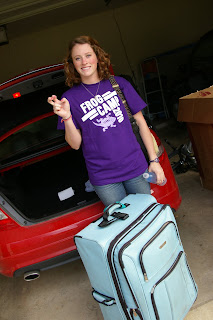 The days are diminished by their late-summer travel schedules. My daughter boarded a flight this morning to participate in an official TCU function dubbed “Frog Camp.”
She’s traveling alone to Colorado for an “Alpine” experience with more than a dozen people she does not know. That’s the idea: twelve incoming freshmen, a couple of upperclassmen and a faculty member spend several days together in intense togetherness. The plan is to create a support group before you arrive on campus. It seems like a great idea, and we are told the program has a long history of achieving its goals.
She had many Frog Camp options and chose Colorado for reasons of her own. I suspect a chance to escape the heat had something to do with it. As her mother drove her to the airport, she felt confident about the camp but a little nervous about close connections. The double meaning there is quite intentional. What will she do in the Colorado wilderness if her bag doesn’t make the transition from one plane to another? What kind of people will she meet when she arrives? How will this week affect the course of her life? Perhaps profoundly, maybe not at all. 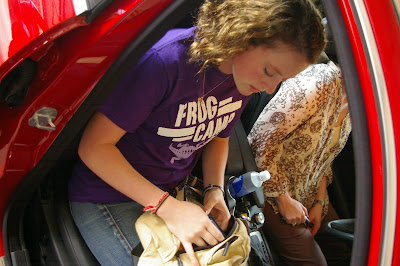 She certainly will know more about herself when she gets home. The thing is, she will only be home for a couple of weeks before she’s off again, this time for a fresh start in a whole new world. Hopefully there, time will begin to expand for her once again.