Go Back to the Woods

My wife and I crossed paths with our son's boss and he told us he had given the guy a day off so he could go on a camping trip. I knew there was a trip, but camping? It was a four-day weekend trek to the woodlands of southeastern Oklahoma. That's about all I knew until the photos of the "camp" emerged. 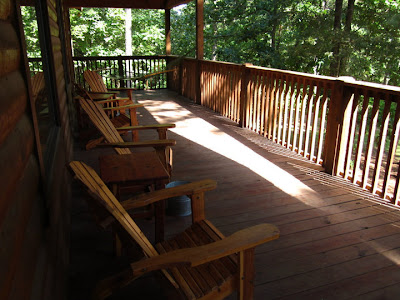 That's my boy, 'cause that's my kind of camping.
Heck, yeah. That's what I'm talking about. 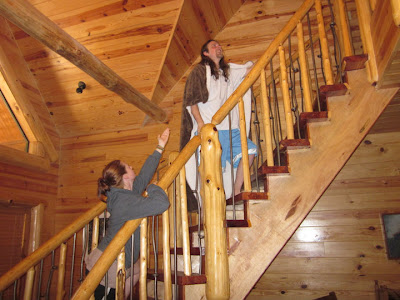 Ever the man of mystery, my son runs with a crew I've never met. The pictures I've seen, combined with the stories I hear, paint a picture of a nice group of folks. There is a family central to the proceedings. They share a love of music, garage band-related activities and a taste for high-end lodging, even in the woods. This merry band of modern minstrels has apparently accepted him into the collective, showing great generosity along the way. What I'm saying here is I don't think he had to pay to stay and this is not the first time something like this has come along. The man in the photo, whose name I do not know, has obviously taken a shine to my kid. 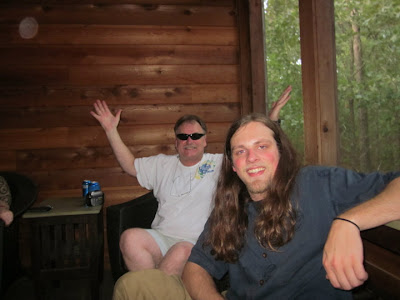 I'm not complaining. He's an adult and he certainly can have friends. I mean, how terrible would it be if he didn't? These folks are exposing him to new things, and that's positive. They're keeping him entertained and well fed. 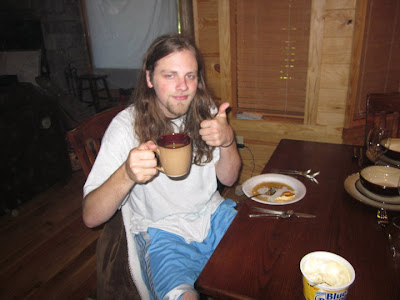 If we can add "grooming" to the package, then I really will be grateful. 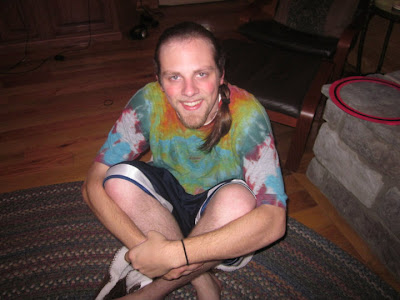 Somewhere in the middle with respect to the hair would make me happy.
Okay, whatever makes him happy is much more important at this stage of the game; and from what I can see he's keeping good company these days. 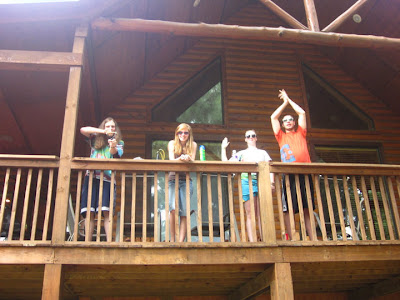 I might not know his friends, but I do know the guy who signs his paycheck. I won't reveal the dark "camping" secret, I promise. Sometimes an air of mystery can work to a guy's advantage. 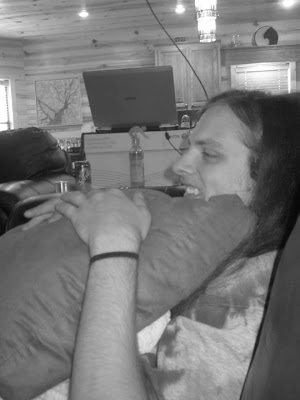