My daughter is safely home from what proved to be a star-studded trip to Dallas-Ft. Worth, the centerpiece of which was a concert by the white-hot singer/ songwriter/ performance artist who calls herself Lady Gaga. 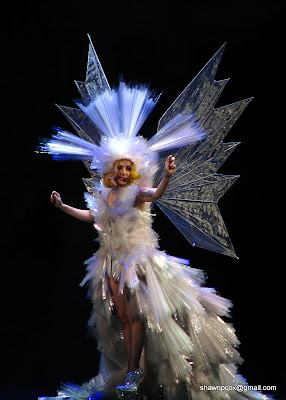 The show lived up to her expectations, and the hours leading up to it exceeded them in a way that could not have been foreseen. She and one of her friends, an early Gaga devotee, designed and wore Lady Gaga costumes to the show, which is part of the "Moster Ball" tour. 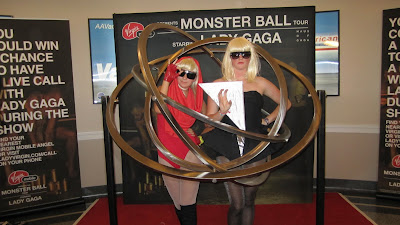 The "Little Monsters," as the entertainer calls her fans, reacted with amazement and amusement to the costumes. She said from the moment they stepped out of the car, they couldn't take ten steps without groups of people asking to have photos made with them. 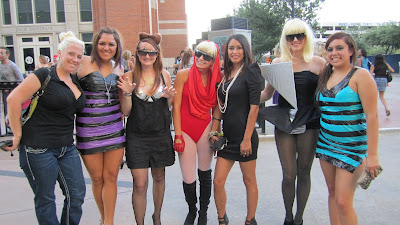 At one time, she tells us, there was a line of at least twenty people or groups waiting to pose for photos with them. Among them, one of the stars of the MTV show "My Life as Liz," Taylor Terry. 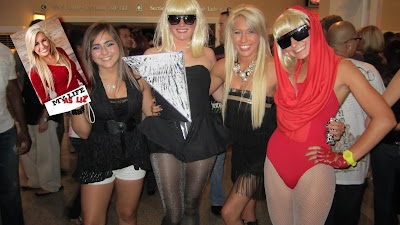 (This is billed as a reality show, but my cursory research into it indicates that there's not much reality involved. Still, it's a real show on a popular cable network).
Some of her friends kept a loose count of the number of times they were stopped for photos. They lost track somewhere north of 300. She said, "I felt so free and confident. I was wearing a wig and big sunglasses. Nobody knew who we were. We just stood there and posed for pictures. For about four hours, I felt like a celebrity." 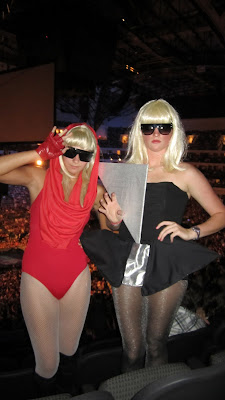 That's saying something, considering what happened earlier in the day. Do you know about The Jonas Brothers?
They're a pop music band who rose to fame on The Disney Channel. They have a squeaky-clean image and some young female fans swoon over them. As my daughter was shopping in the Galleria, she stepped out of a dressing room and saw Kevin Jonas. 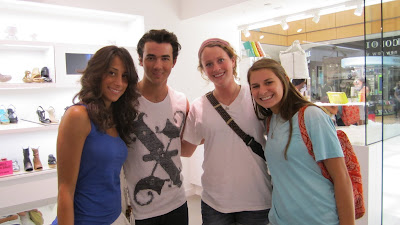 That's Mrs. Jonas graciously posing with him for the photo, alongside the Gaga girls (pre-costume).
Twenty-four hours after all the excitement, my daughter is still feeling the thrill. For the first time in her young life, she was on the road on her own. With three friends in tow, they did Dallas-Ft. Worth up right, living a young woman's adventure with an ever-expanding zest for life. Late in the evening, she summed it up by offering "today quite possibly has been the best day of my life."
There are many more days to come. With the start of college just three weeks away, her star is on the rise. 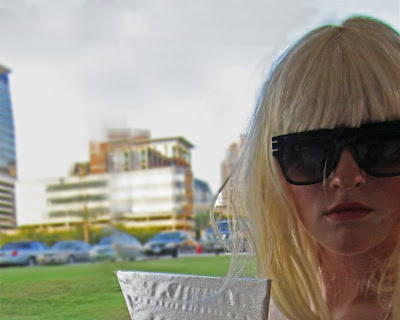