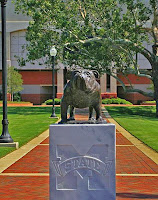 (Starkville, MS) - Well, we're in Mississippi, so why not take in two schools? Tomorrow, we will get the official pitch from Mississippi State. The parents of one of our daughter's lifelong friends attended State and she knows the younger sister of a current MSU student. They love their school and they kinda don't like Ole Miss very much. We drove around the campus today and it really is pretty, although in remarkable contrast to its counterpart in Oxford.
The internet Peanut Gallery is weighing in on this one, too. Here's a typical comment: "Your clothing bill for MSU will definitely be less than it would be at Ole Miss. Overalls, jeans and boots are a lot cheaper than Polo shirts, khaki pants and Sperry topsiders." Well, that about sums it up, doesn't it?
The other side of the equation? Upon arrival, I asked a Mississippi State student "Why are you better than Ole Miss? The answer: "Well, we're not as pretentious. That's one thing." It seems there is some kind of cultural divide here. 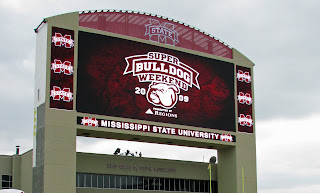 Finding an iconic image in Starkville is a bit of a challenge. The city and the campus are abuzz about the giant video board at the football stadium. It's impressive: 111 feet of high definition, the second-largest of its kind in college football. 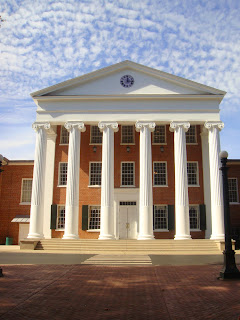 At Ole Miss, Rebel faithful speak with reverence about The Lyceum, the original building on campus. It is steeped in tradition and houses the chancellor's office as well as those of deans and other academic stalwarts. It is the emotional centerpoint of the University of Mississippi, essentially hallowed ground. So, yeah. The difference is noteworthy.

We made two trips to the square in Oxford, both for food. I have to say the meals were outstanding. 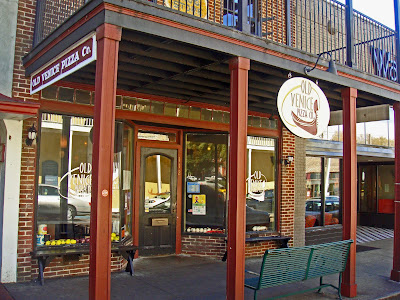 After draping ourselves in cheese and spices at Old Venice Pizza for dinner, lunch the next day led us to the Ajax Diner just a half-block away. 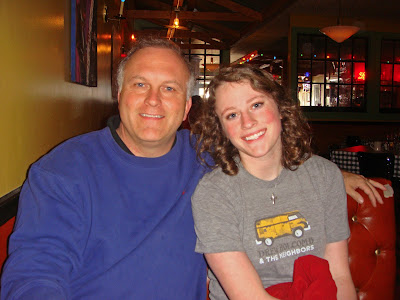 It's easy to see why people love the square. I just wonder if once you've been there a few times it might lose its allure. Maybe not. Love is blind. Love is often delusional, particularly if the object of your affection is highly attractive. 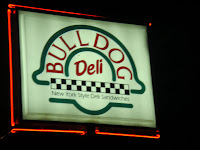 We drove around downtown Starkville for a while and found ourselves at the Bulldog Deli on University. There was nothing to complain about there. 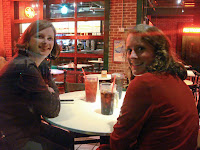 The State students who took our order were friendly and helpful.
The college application process is heating up. We will take some time to consider how much we warmed to the state of Mississippi and see what happens.