The Party Ends With a Thud 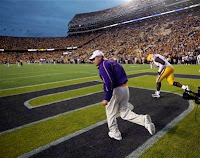 (Baton Rouge) – There was an electric atmosphere around the LSU campus on Saturday as the Tigers’ clash with top-ranked Florida approached. There had not been a match-up of top five teams in Tiger Stadium since 1959. The Bayou Bengals, at number four in the nation, would have an inside track toward another national championship if they won. 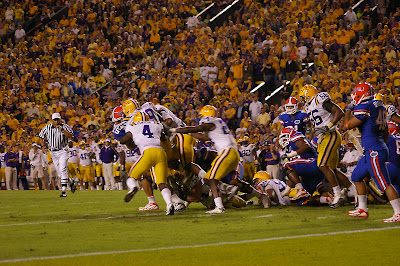 Sadly for the assembled faithful, the game was a lackluster affair and LSU lost 13-3. That’s right, they didn’t score a touchdown. It’s fair to say the game provided an anticlimactic thud for a finish to what had been an extraordinary day. 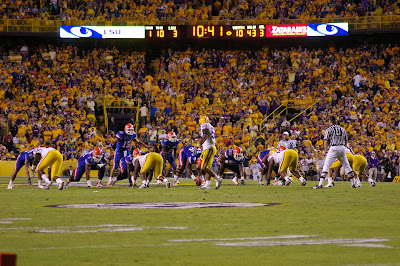 My trips to Tiger Stadium easily number in triple digits, but this day was different for me. Typically, I’m all about the game. My family and I aren’t big partiers and the legendary excess of Tiger Tailgating isn’t really in our repertoire. For this event, I arrived with a group of buddies seven hours in advance. It was a “blind but now I see” afternoon. We walked across campus and found a place just across the highway for lunch. The place was jammed and we waited almost three hours for a table. 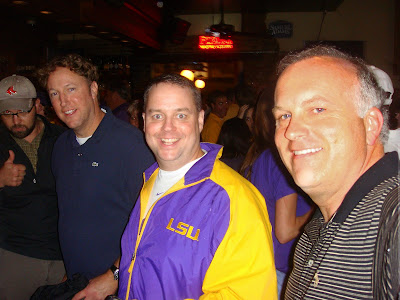 I have always heard that if you spend any time walking around campus on game day you will be offered more free food than you could possibly ever consume. This is absolutely true. We could hardly take thirty steps without being tempted by any number of Louisiana delicacies from jambalaya right on up to fried or grilled alligator, even gator sausage.
We were also showered with offers of beverages, but here’s the thing: No one offered me a coke or iced tea or water. One hundred per cent of the drink offers involved alcohol: Beer, wine, booze, it didn’t matter. There was simply an undeniable assumption that you would want to drink, as if it would be some kind of social faux pas to NOT offer an intoxicant.
I’m not a prude; I accepted a beer and a Bloody Mary along the way, so I’m certainly not judging. It’s just that I started watching for this little detail and discovered a remarkable consistency. I stopped accepting those kind of offers mid-afternoon. 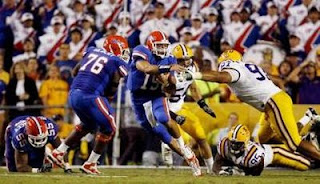 We were there, after all, for the game and I wanted to watch it with a clear head. I certainly hoped to remember it.
As it turned out, it was probably worth forgetting.
Not really. My day as a tailgater was memorable. The campus was awash in purple and gold. There was a great concert outside the stadium. 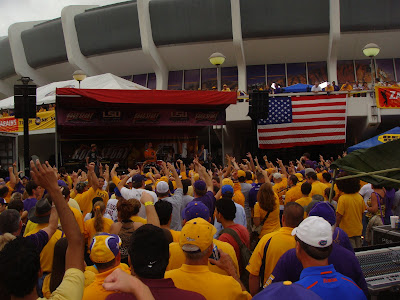 When it was all said and done, the largest crowd ever to see a game in Tiger Stadium shoehorned in there.

There was a throng left wanting outside, simply enjoying the party. With the exception of the outcome of the game, I’m happy to say I enjoyed a little bit of both.
----
Oh! And I got a new mascot photo out of the deal, too! 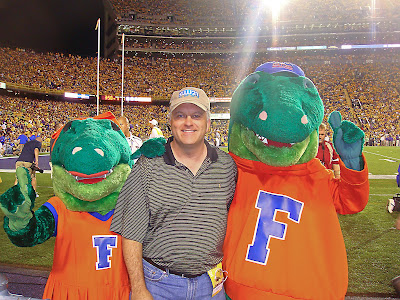