"2 taxis and 2 hotels later we found the right one! It's fine London, and totally normal to name all your hotels the same three words."

That update from Twitter tells us that our daughter's Great Europe Summer has begun. Because we have carefully cautioned her about the expense of international data rates, we don't expect to hear much from her while she's gone to London, Paris and Rome. In these plugged-in days, it's difficult on Mom and Dad to be left wondering about what she's doing.

We dropped her off, along with a traveling companion, at DFW International on a Sunday evening and waved farewell. On the ride to the airport, they were very chatty...filled with nervous energy and a generous dose of trepidation. They seemed excited. Who wouldn't be? This is a big adventure for both of them and the dozen or so other TCU students they're meeting across the pond. 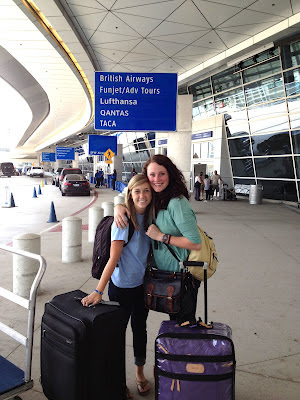 After they disappeared into the airport throng, they were out of our control. The farther away they went, the less information we were getting. (There's a metaphor in there somewhere). Fortunately, the internet has tools which allow you to track flights; so we did. It was a little unsettling to see that little airplane flying over open ocean. 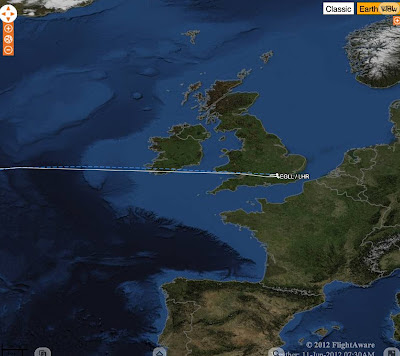 Fortunately for easily freaked out parents, we fell asleep shortly after the plane slipped out of Canadian airspace and when we woke up, it had long since landed safely at Heathrow. We also had received a a reassuring 3:08 a.m. text message that said "Landed Safely. Cheerio."

There is an ambitious itinerary which includes plenty of culture, classic and pop, before they move on to France and then to Italy. Good work if you can get it. She does have to work, because this is a school-sanctioned trip under the umbrella of "Cultural Pilgrimage." She must keep a journal and do a rather extensive project. That's okay with her because she's a worker and the process will help her stay focused on her excellent adventure.

By the way, should I be at all concerned that the second time she showed up on social media from London, she was obviously at a pub? She's there for the soccer on the big screen, right?

Watch out for hooligans, Honey. 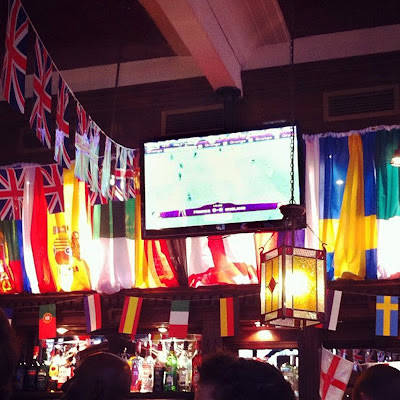 I hope there's an internet hot spot in that pub. Otherwise these little snapshots on Twitter and Instagram are gonna get expensive.