All the trepidation is gone. In the final days before her departure for the Great Europe Summer of 2012, our daughter didn't know what to expect. London was her first stop, and it was the destination for which she had the least enthusiasm. That's all changed. In fact, she now describes Neal's Yard at Covent Garden as her "favorite place ever." 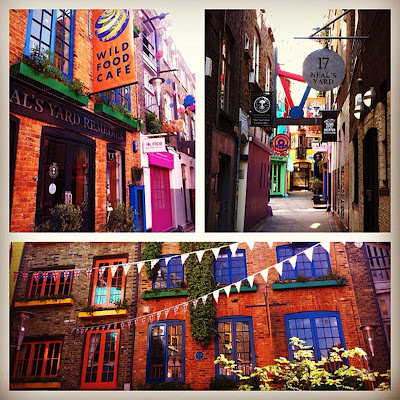 Don't ask me what Neal's Yard at Covent Garden is, but I'm sure it's great. Hey, I did an internet search and got an overview. It sounds pretty cool, especially if you're 20 years old and on the adventure of your life.

And then, there was "high tea" at the Kensington Hotel. 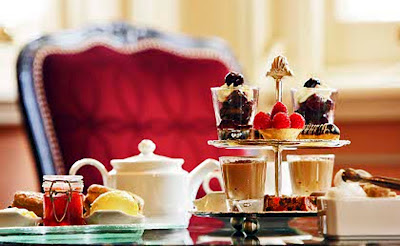 She described the experience as "fabulous," which I believe even though I'm not completely clear on what "high tea" exactly is. In her honor, I had some Tostitos with pico de gallo with a cup of orange pekoe in a TCU mug while watching "Breaking Bad" reruns in my den.

I suspect our experiences were not all that similar. She said high tea did take a while and by the time they were finished she was ready to get out of her dress and "out and about." She added she might be truly ready for high tea when she's "about 80, but not yet." That's my girl. 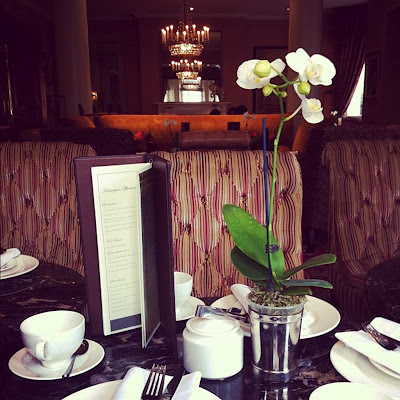 She wrote that they did "a tiny bit of shopping;" a piece of news that becomes slightly alarming when paired with a photo she sent of Harrods, which is known worldwide for its commitment to luxury. Hey, I do know something about London! 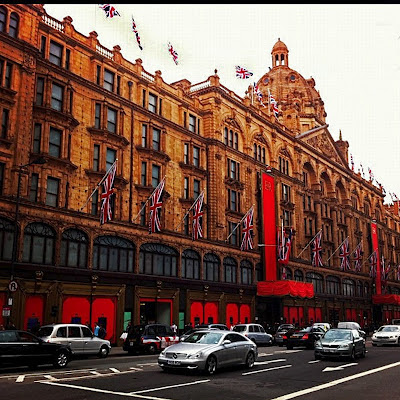 They also did some kind of Shakespeare in the park thing where they took in a production of "A Midsummer Night's Dream," which followed tours of a couple of famous theaters. That's something it seems you must do if you're a student in London.

She and her traveling companions, being bright and alert young people, have adapted well to navigating the city, which has to be a relief. They can relax, plan and enjoy themselves. 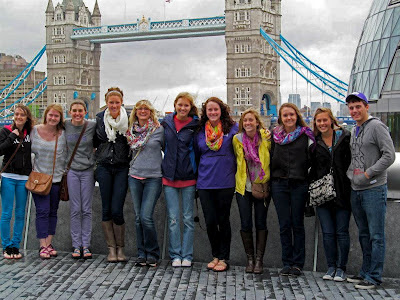 (I look at the one guy in the photo and think, "Wow. that kid is either having the time of his life or he's in misery." I don't see much potential for anything in between.)

I wonder how everybody's getting along. This group will be traveling together for almost a month; and while I only know one of the ladies other than my daughter, I am aware of the requirements for eligibility for this trip. Let's just say there are some high achievers in this crew and it wouldn't surprise me if there are a dozen or so would-be generals in that battalion. 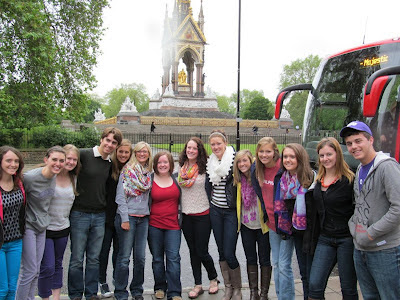 We've heard nothing of tension in the group, which is terrific.

Our daughter wrote in all capital letters that she is LOVING London "much more than I expected." That's really all a parent needs to hear. She will be there for a few days more, then it's on to Paris. I certainly hope The City of Lights exceeds her expectations, too.