A Dead Shark and an Old Pub

If you plan to immerse yourself in British culture, it seems fitting that you would spend some time examining art. So, why not go to The Tate Galleries and see a dead shark? 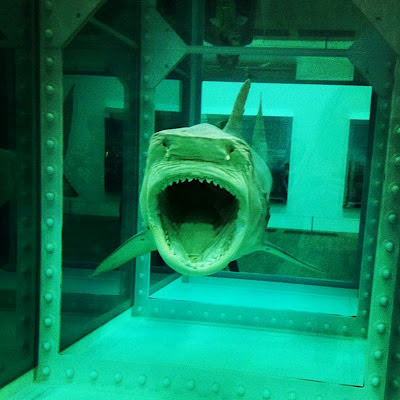 This is the signature piece in a major exhibition at Tate Modern of the works of Damien Hirst. Hirst, who is widely believed to be the wealthiest artist in the United Kingdom, rose to prominence in the 1990's by preserving dead animals in formaldehyde and displaying them in clear cases. Art? Taxidermy? It's not for me to decide. The British masses have made a clear declaration. A couple of decades after it was first displayed, the series called “The Physical Impossibility of Death in the Mind of Someone Living” still captures the imagination. This despite the fact that the original shark began to decay and this guy is a replacement.

There are several museums on our daughter's agenda today, and I feel confident she will also see painting and sculpture.

She's certainly soaking in history along with modern art. For example, let's look at the lovely River Thames. 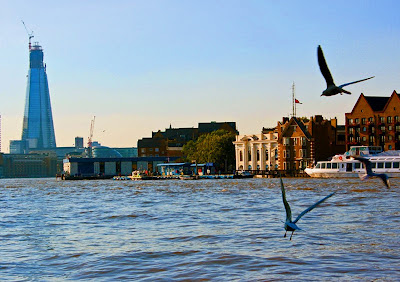 There on the bank is a pub called The Mayflower,which we are told has been there in the same spot since the 1670's. The 1670's! 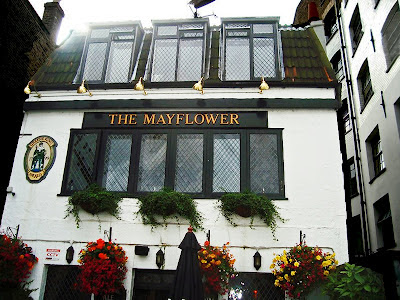 I suppose the spirits have flowed across the bar there much like the old Thames, rolling on without ceasing across the generations. 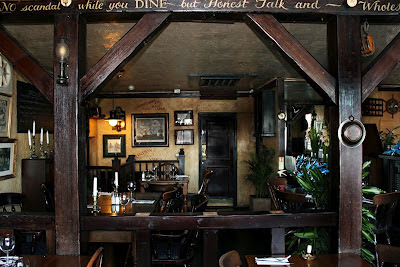 But not for our daughter, in theory anyway. You see, she's just 20 and she signed a pledge to abide by her school's honor code which does not allow her to consume alcohol on this trip. Call me ultra-liberal or something, but it seems to me if you're going to a London pub having a sip of something would be part of the experience. We want her to follow the rules, though. It would be terrible if she were sent home for an honor code violation. Seriously. So, I guess she's just enjoying the views. To be fair, the trip to the pub is labeled as "dinner." So, Okay.

Back here stateside, her mother and I have become cyber stalkers, hoping to catch any glimpse of her on some social site somewhere. In everything we've seen, she's all smiles. Here she is with a few of her traveling companions outside Westminster Abbey. 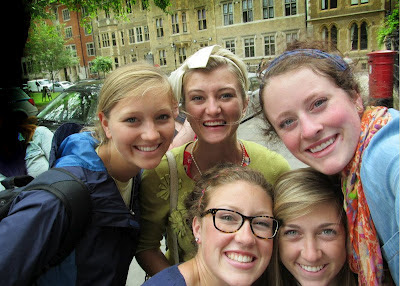