To commemorate our 25th wedding anniversary, we spent the weekend eating our way across South Louisiana. We're talking cracklin's and boudin balls from Billy's Mini-Mart in Krotz Springs all the way to Commander's Palace in the New Orleans Garden District and just about anything in between. There was no holding back, either. Of course we started one day with Breakfast at Brennan's, complete with crepes and Bananas Foster. Go big or go home, and we weren't going home. 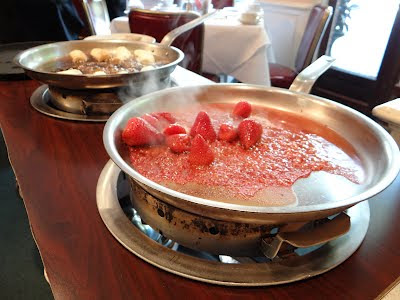 Our daughter went along on the trip and split time between us and a group of some young women she has been known to call her "home besties," meaning some of the best friends from home. Seeing them was her primary goal, but the opportunity to have a high-end breakfast in the French Quarter was just too enticing to pass up.

The staff at Brennan's is quite adept at putting on a show for guests, and this time they didn't disappoint. 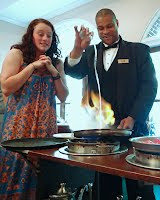 They're also accustomed to dealing with first-time visitors, and so our waiter started to explain to us the basics of Bananas Foster. We assured him that we are quite familiar with the concept.

We engaged in a spirited discussion about whether we were enjoying breakfast or brunch. Since our reservation was at 9:00 a.m., breakfast got the nod; but we were so overstuffed and satisfied by the time we left that we didn't eat again until after 7:00. So, I think I can make a case for brunch. 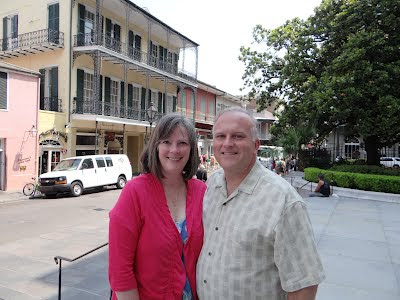 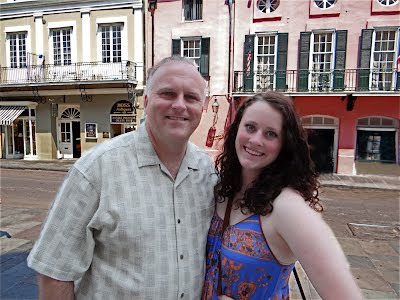 We stayed at Le Pavillon, a spectacular historic hotel on Poydras Street that seems to define elegance and service. Any hotel staff could spend time training with the people at Le Pavillon and come away better for it. I overheard another hotel guest say to his companion, "This isn't just any hotel," and he got that right. It's not a resort, and I don't see any reason to take kids there; but if you're looking for a place to celebrate something like your silver anniversary, it's hard to imagine a better place. There's even a pool on the roof. 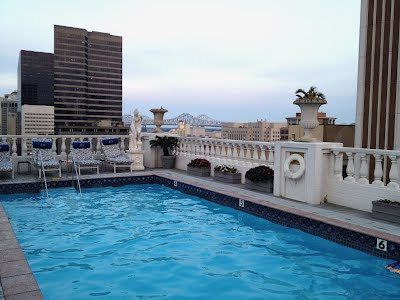 Sun worshiping wasn't on our itinerary, but we did enjoy the poolside surroundings several times at night, where the view of the crescent city was something to remember. 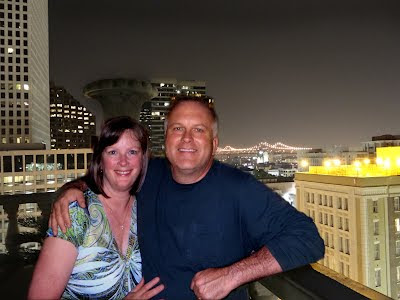 If you've paid attention, you know how much I love my daughter's friends and how much separation anxiety/ empty nest woe I experienced when they left for school. Of her "core four" middle school/ high school friends, three of them live in either Baton Rouge or New Orleans. They reunited to celebrate the 20th birthday of the youngest among them. It's the first time they've been together in months. They're already making plans for Memorial Day weekend 2013, when they will all be 21. I heard one them say "364 days 'til Vegas!" The opportunity to spend time with them as a group made the weekend even more special. 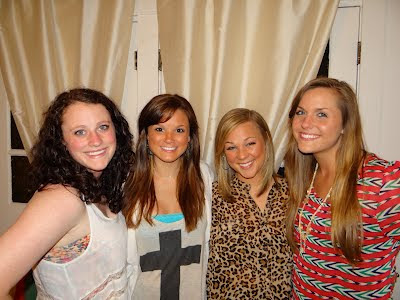 Our four-day weekend wasn't carefully lined out. We had a couple of restaurant reservations, but that was about it. Our plan was to take it as it came. It turned out to be just what we needed: No pressure and lots of food. There was a little too much shopping for my taste, but I was happy to stumble into a shoe store on Magazine Street that would let me sit still while the women gasped and giggled over footwear. 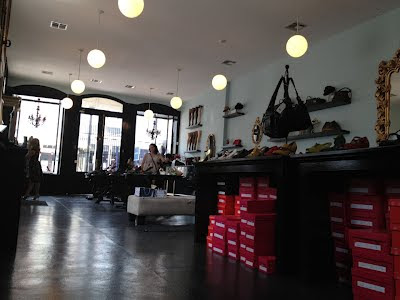 We did a lot of the things you're supposed to do when you're in New Orleans, including beignets and cafe au lait at Cafe Du Monde. We also strolled up and down Bourbon Street at night, a pursuit that becomes less appealing every time I do it. Someone we talked with while we are there summed it up well: Bourbon Street is "frat boy New Orleans." After 25 years of marriage, we're better suited to "grown up New Orleans," which means going to jacket-preferred restaurants. Except, of course, when you know there's no way to avoid dusting yourself with powdered sugar. 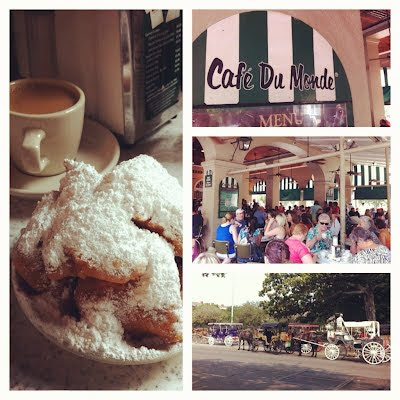 Our actual anniversary is May 30th, which in 1987 was the Saturday of Memorial day weekend. So, we took the slightest poetic license by celebrating over the weekend. Besides, having the Big Day itself come mid-week means another excuse to go out to dinner! Sphere: Related Content