Moving Through The Rain

(Ft. Worth) - The semester has come to a close at TCU, which led to a hastily thrown together mid-week trip to help our daughter move out of her university housing. Apparently, the idea that she had to vacate kind of dawned on her Monday. So, she called and asked us to help her pack up her things and haul them away. It's a good thing we did, too, because with her finals and work schedule, she wouldn't have been able to accomplish it. The project was made all the more challenging by a pretty persistent rainfall. Slippery business, moving in the rain. The good news: I got pinned down by a storm and waited it out under an overhang near the football stadium, which is undergoing a complete reconstruction. So, I got a little football fix. 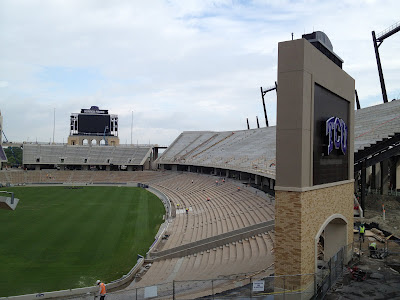 The conditions also had a significant impact on the one piece of fun we were able to plan. We scrounged up some tickets to what was described as "the most anticipated regular season game in Ballpark history." That's a reference to the Texas Rangers,who were hosting the Los Angeles Angels in a weekend series. All games were sold out, but thanks to the internet, we found three seats in the upper deck. 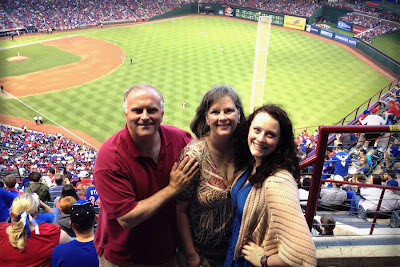 The big draw was the return of long-time Rangers pitcher C.J. Wilson, who was not re-signed by the team when his contract expired after the 2011 season. He signed with the Angels, and the series opener marked his return to Arlington. 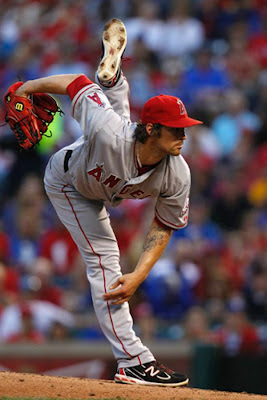 As it worked out, he was matched up against his perceived replacement, Japanese import Yu Darvish. 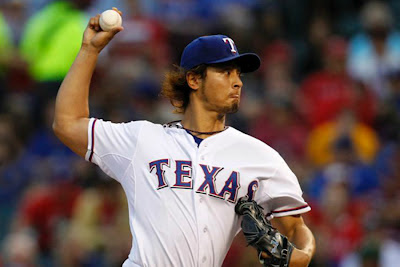 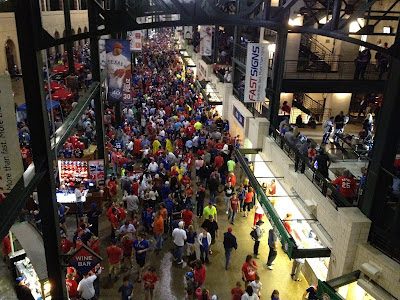 The ladies gamely hung out, conveniently near an ice cream stand, as we and tens of thousands of our companions kept an eye on the sky hoping for a break in the weather. 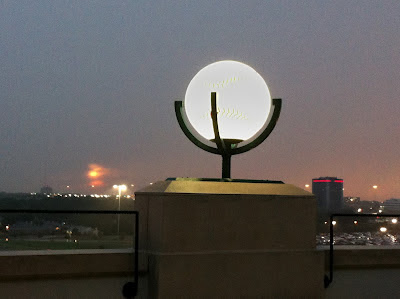 We got it after about two hours, during which we ate more than a healthy quantity of Blue Bell and wandered around the stadium. 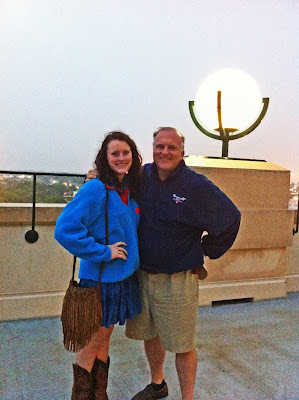 When play resumed, Wilson was nowhere to be found; but Darvish, to the delight of the shocking number of people who stuck around, returned to the mound. It was worth the wait. Darvish was impressive as he continued to ingratiate himself to his new teammates and fans. Even more exciting: Rangers slugging outfielder Josh Hamilton, who earlier in the week accomplished the rare feat of hitting four home runs in one game, clubbed two homers in support of Darvish. 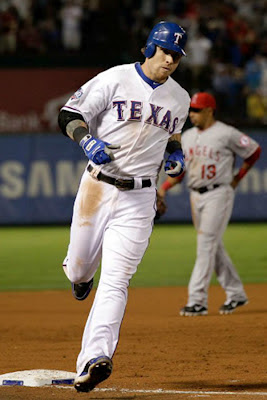 We left about midnight, exhausted and a little damp; but what a memorable evening it was: We were part of a stadium atmosphere that was electric in more ways than one, and of course we have stories to tell about enduring a Texas thunderstorm from the upper deck. 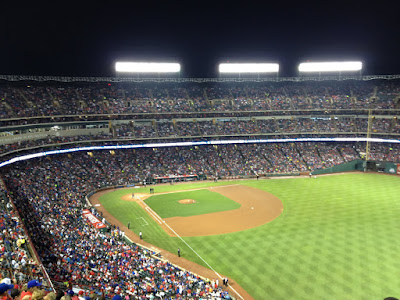 Now, immersed in the ongoing storylines entwined with the two-time defending American League Champion Rangers, we're actually paying attention to Texas baseball. And, by the way: while she had to be out of her dorm, our daughter can't move into her apartment for three more weeks. So, her stuff is just stashed at a friend's place. We get to do it all over again. I hope the Rangers are playing at home that weekend. 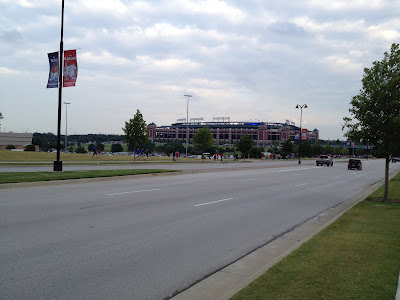