We have made it through another weekend of “see ya later” milestones with our daughter.
In what must have been some kind of preparation for the grind that her high school graduation ceremony will be, we had the privilege of experiencing Honors Day at her school. 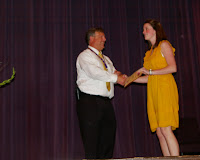 She got to shake the principal’s hand as he handed her a certificate commemorating her achievement of all-A’s her senior year. Since she’s in the magnet program and has been taking advanced-level courses, this is certainly something to celebrate.
Against the backdrop of saying good-bye to high school in anticipation of moving away from home for college, straight A’s seems to quickly plummet down the priority list. She had her moment on the stage amid the 3rd-place ribbons from a community art contest and acknowledgments of students who had done well in pursuit of a trade in lieu of college. It was a moment only a parent can truly appreciate.
Sunday, we exercised some kind of dual citizenship at churches in different parts of town. The congregation in which she grew up honored graduating seniors during a mid-morning service. It was “Youth Sunday,” and several of her oldest friends were involved in the service, as was she. There was a moment when she was asked to speak briefly about her future plans. 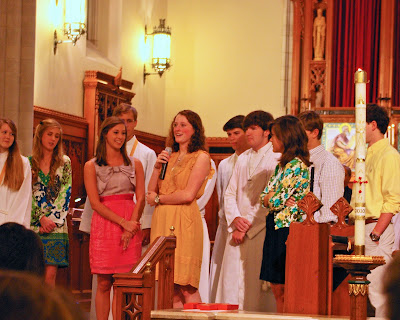 It was sort of perfunctory, but it meant something to her mother, grandmother and me. Youth Sunday and its deeper meaning always get to me. With my daughter directly involved, let’s just say I had to work extra hard to hang onto my composure.
In the evening, we went to the church where she has become active over the last couple of years for an event billed as a “Blessing Dinner.” 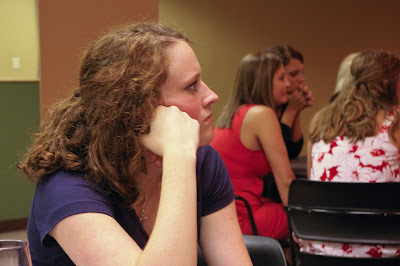 This was particularly meaningful because the idea was to explain to her, in writing and by spoken word, what a blessing she has been to us. We also presented her with a gift to help remind her of where she comes from so that she can stay connected to home as she tries to figure out where she is going. Certainly, it was all very positive and filled with love; and again I had a difficult time keeping a grip on my emotions.
This was in stark contrast to the previous weekend, which was all about parties. There were several social gatherings scattered among the academic and spiritual activities, so again she was quite busy. A good balance was struck along the way, it seems.

I did learn something. I did not know that Baptist churches celebrate communion. At our evening event, they had a sacrament set up and ready. 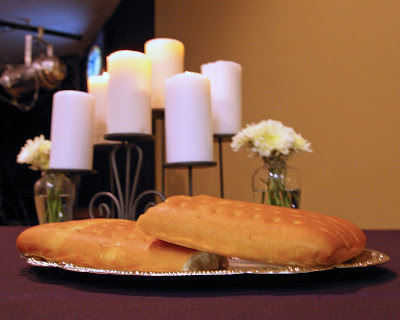 Of course, this being a Baptist church, they used grape juice instead of wine. Maybe it was my imagination, but the good Baptist brothers and sisters in the gathering seemed a little uncomfortable with the process. It all seemed perfectly appropriate to me.
Maybe God has a plan. We keep wringing ourselves dry with these events and activities. By the time we drop her off at her chosen university in a few months, we might be emotionally depleted. I don’t know if that would be a blessing or a curse.