One Last Look Back

The days following the end of our daughter's senior year of high school have been a blur. While many of her friends found their way to the Caribbean coast of Mexico for a weeklong party, she chose instead to work at a church camp in Georgia. She said the tasks were challenging, but the company and the scenery were well worth it. 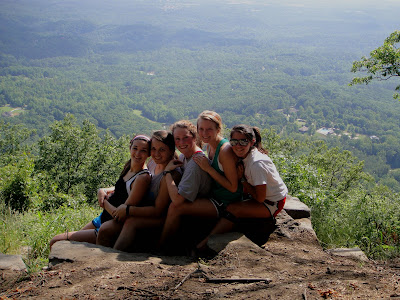 She came home, as did everyone else, just in time for Pomp and Circumstance. In the moments before they received their high school diplomas, the ususal suspects assembled at our house for photos. 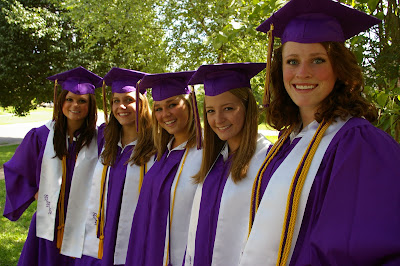 Nearby, as always, was our daughter's psuedo-sister who lives across the street. They met in the middle to contemplate for a moment all the time they've spent together. On graduation day, no doubt it occurred to them that they soon will be attending different universities in different states. 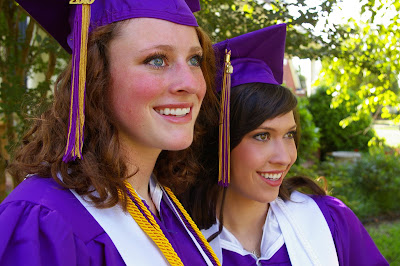 Then, it was a quick turnaround to an Enormous Downtown Facility for the graduation ceremony in front of a standing room only crowd. 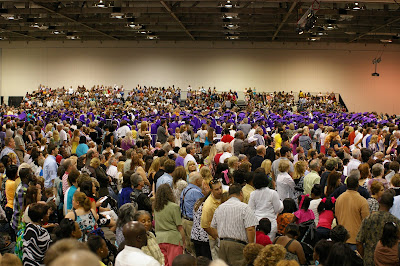 The family showed up in force to celebrate the moment. Her mother and grandmother were all smiles. 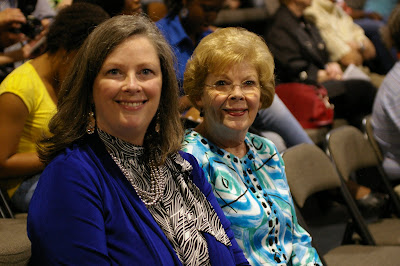 The Happy Couple, her older brother and his long-time love interest, emerged from seclusion for the occasion. 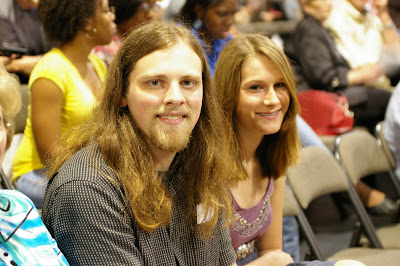 After the graduate walked across the stage, we dashed off into the evening for dinner at the Fancy Steak Place, where my father was occupying the table while we ran late. 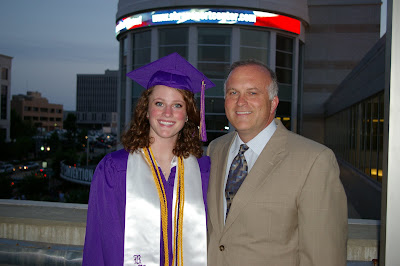 With high school officially behind her, my daughter is now poised to take on the world. 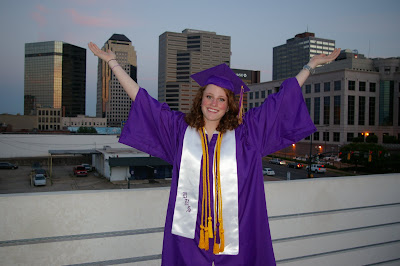 A late Saturday night became an early Sunday morning. The church my daughter chooses to attend honored its graduating seniors. She was prayed for, as were many others, and was given a Bible by the affable pastor. 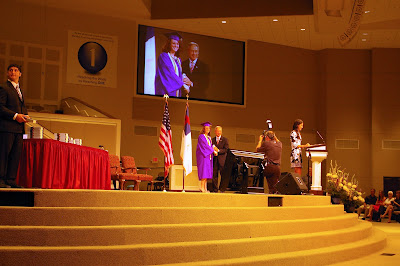 Say so-long to piety.
The cap and gown were tossed aside, likely never again to see the light of day.
It was time to blow things out. The wardrobe change was remarkable.
Sure, there was a hat.
There were suspenders.
There were short skirts, pattern hose, sequins, feather boas, on and on.
It was time to party.
And they did, hundreds of them, late into the night and into the morning.
We hung around until the bitter end, midnight on a Sunday. Given the opportunity to share our daughter's last high school event with her, we could not tear ourselves away. We watched from a dark spot in the back of the ballroom while they actually danced the night away. Of course, all the usual suspects were there. 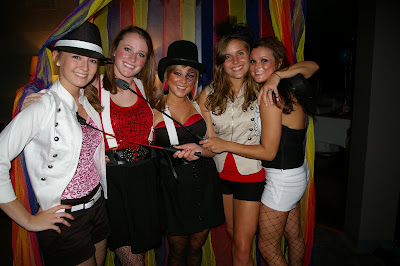 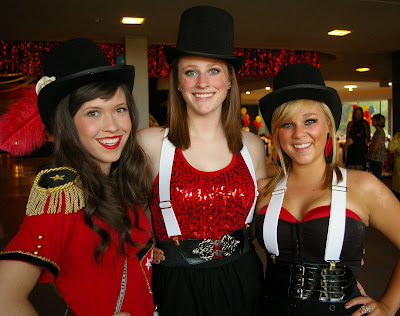 Bleary-eyed, my wife and I were wrung out from the activity and emotion of the weekend. We dragged ourselves home, but not before sending our daughter and her friends into the inky early Monday morning with a question: "Where are you going now, Honey?"
Her answer: "Wherever the wind blows."
I know we were just discussing this particular night, but think about the context and extrapolate that answer. We know this: She has the wind at her back as we're watching her go.

My wife said it is now time to look forward, and she's right. So, I will indulge myself just once more. The girls started high school together in the summer of 2006, when they were freshman cheerleaders and pep squad members. They didn't stick with cheerleading, but they stuck together. They made it with a little help from their friends. 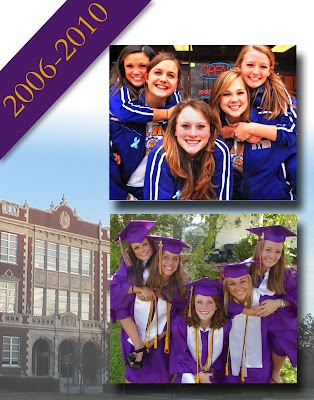