The Blonde Bomber Was Off Target

These days, our daughter doesn't usually go to church with us, opting instead to spend time in a congregation across town from the cathedral in which she grew up. The service she attended this morning boasted a guest speaker. The membership was excited about it. My daughter and her pew peers were not caught up in all the hype. The text message exchange we had about this pretty much wraps it up:

Her: "Do you know who Terry Bradshaw is?"

Me: "Um, yeah. That's kind of like asking me if I know who Barack Obama is."

The next message was a photo: 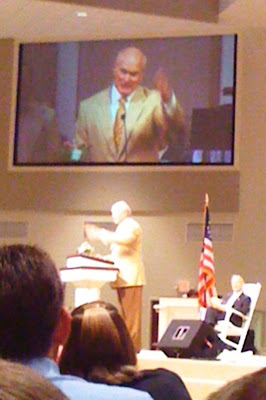 The caption: "We're in church together. Hehe."

Me: "He is absolutely the most famous person ever from Shreveport. Quarterback, four Super Bowl championships, movies, actual albums recorded. A fixture on FOX Sports, CBS Sports before that."

Her: "Neato. We Googled him"

Me: "This is one of those things that I seriously cannot believe. But, there it is."

Me: "Yes. That young adults from Shreveport had to Google him to find out who he is. Do you know the name of the highway you had to drive on to get from our house to church? The Terry Bradshaw Passway." 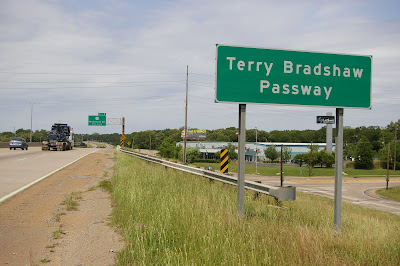 Her: "Is it kind of like your friends in Houston not knowing who John Mayer is?"

Me: "In a Shreveport context, this is more surprising than the John Mayer thing."

Me: "Dude has a highway named after him and you drive on it every day."

Her: "Okay, well I knew that name I just didn't know why it was significant."

Me: "Be careful coming home on the Terry Bradshaw Passway, but don't mess around. I'm hungry." 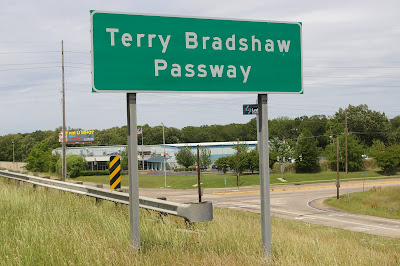