My son doesn't get out much. He's too busy, working two jobs and going to school (barely) full time. Heck he doesn't even have time to get a haircut! (Yeah, okay. You got me there). Many forces have combined to keep him close to home for college, most notably a lovely young woman with whom he's been romantically involved for four years. This week, though, he's bustin' loose! 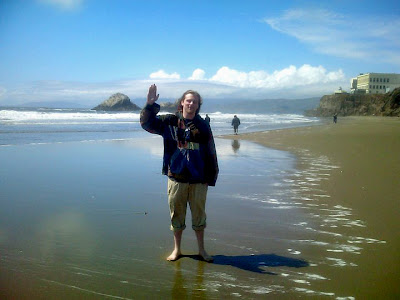 He finds himself in northern California with two of his buddies, and day one evolved into a tour of San Francisco. What a great way to start.
The only gauge we have of how the trip is going comes in the form of a Facebook status update: "Beach in San Francisco. Holy Crap I can't even believe this place exists! It's unbelievably amazing!"
Yes, my son, wonderful things can be discovered when you broaden your boundaries. 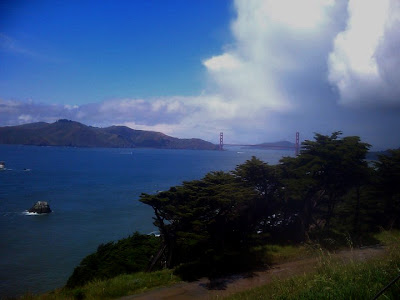 The primary purpose of the trip is a music festival around there somewhere, but it seems some kind of personal discovery is underway. 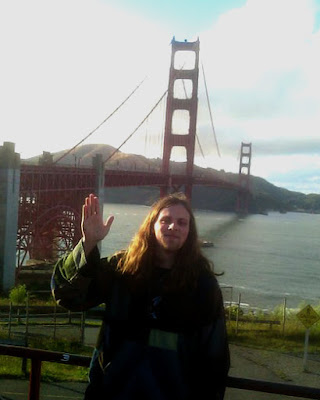 The guys were relentless on the road, driving through the night, the following day, and late into the subequent evening to arrive at their destination. They pounded my SUV for 36 hours before they put her up at one of the guys' grandfather's house.
This is the boldest move my son has ever made, leaving behind (in no order of priority) his home, his girlfriend, his sister, his parents, his jobs and his cat.
There's no question he will love it there. It will be interesting to see how his fortnight in the Far West ultimately affects him. 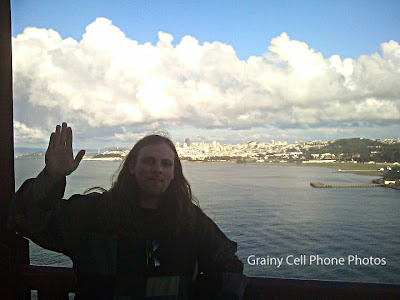