A Great Bark of Relief 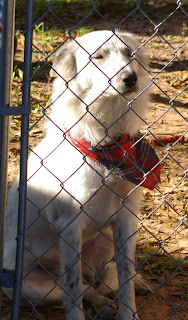 One of the best things to happen to our family in the last couple of years was the arrival of a mostly-white, long-hair dog of ambiguous lineage. He adopted my father, who will celebrate his 84th birthday this summer.
There’s a reason this dog was a stray. Although he’s beautiful, he’s destructive, undisciplined, loud and unfriendly. He’s a rogue who would not fit well with any family. He hung around my father’s country cabin for a couple of weeks before finally earning a ride in the truck and a permanent home at the house. Since that time, the two have been constant companions.
My father has spent a significant portion of the meager family fortune on neutering, grooming, vaccinations and supplies. I’m not complaining. In fact, I’m thrilled. Not surprisingly, my father has a tendency to dwell on his own ailments. He gets kind of lonely and a little depressed sometimes. When he adopted this dog, everyone was encouraged. 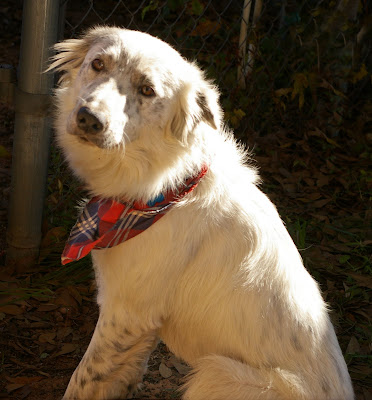 It meant, rather than being distracted by end-of-life concerns, he was forward thinking. The care and feeding of the dog gave him not only built-in friendship, but also an ongoing project. Trust me; this dog requires a lot of attention.
So, imagine the sick feeling we had when he called a few days ago to say, “I lost my dog.”
The two were back out in the country, doing whatever they do. My father decided to take a seat for a while. He rested for about an hour before he realized he had not seen the dog. “He never leaves me for more than ten minutes. He always has to check in.” He never checked in.
After sunset, dog still missing, my father came home and fretted. I drove out there three times, thinking the dog would find its way back. One of my cousins, aware of the implications of the loss of this pet, put on hiking boots and walked the property. My father kept a vigil. He said there was no way the dog had been stolen because he didn’t see anybody around the cabin, and there’s only one way in. So, he became convinced the dog was dead. Theories included bobcats, a pack of coyotes, snake bites and even drowning. Still, we soldiered on, even printing flyers… 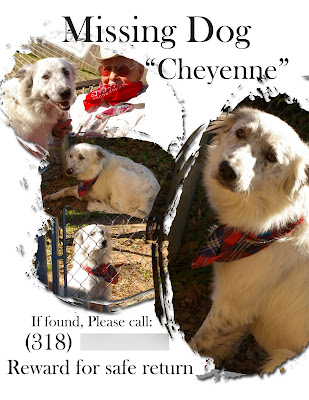 My brother tagged along one afternoon to help distribute the notices. They took a moment to have coffee at the cabin. In a quiet moment, he heard a faint whimper. Listening carefully, he heard clear canine whining. It was coming from under the cabin. A diligent search revealed a telltale snout protruding from beneath one of the cabin’s support piers. 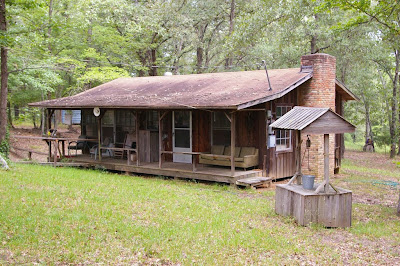 The dog was trapped, thirsty and ornery, but very much alive. One of his legs was entangled in electrical wiring, so the extrication process was tricky, even a little risky.
The dog was in good hands. Two guys who have spent their lives working in construction got moving. Power was turned off, trenches were dug, cables were cut and the dog was free! My brother said, “The old man was practically turning cartwheels out there. You should have seen it.”
Nobody got bitten by a snake or devoured by coyotes. My brother, the good Boy Scout, earned at least six months’ worth of good deed points. An emergency trip to the veterinarian revealed no lasting ill effects from four nights of entrapment. A good bath, some antibiotics and a little salve for a rubbed-raw paw got everybody back in business. 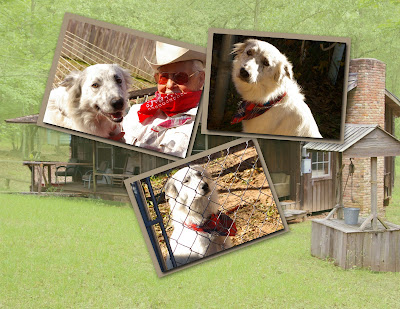 This is a young dog, so there’s a decent chance my wife and I may have to take him in someday. Now, I’m counting on it because I think he will probably get a large portion of the inheritance. 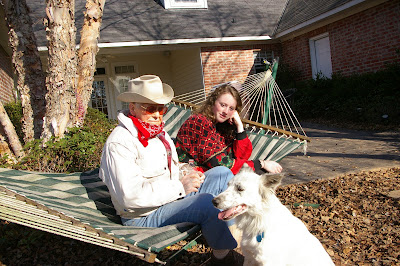