The White Hot Spotlight of Celebrity

The baby raccoons are on the brink of going commercial. Legendary Shreveport photographer Neil Johnson saw them here or elsewhere on the web and got all charged up. Neil struck gold, (or, more accurately...purple) when he photographed 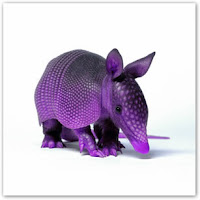 a baby armadillo on a white backdrop. That session begat "Purple Felton," an image which has been used in myriad advertising media around town.
So, when Neil saw our raccoons, the lightbulb over his creative head came on and he thought, "friends for Felton!" So, he reached out and did his best not to beg us to bring the raccoons to his studio.
Happy to have our little friends immortalized by a professional, we packed them up and hauled them downtown, where they were forced into the light. 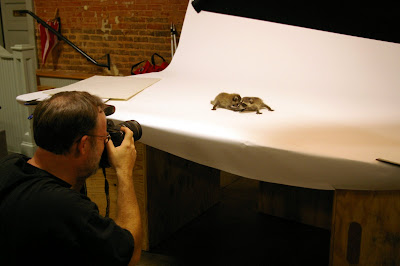 For a raccoon, this can be disconcerting, particularly if he's only about three weeks old.
Neil gamely fired off a few frames, but was disappointed because his new masked models just aren't quite ready for prime time. They couldn't stand for more than a few seconds and their fur is still kind of spriggly. 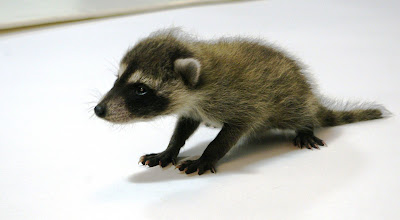 So, Neil is trying not to beg us to hang onto them just a little longer so they can get where he wants them to be.
Maybe they need an agent.
Maybe my wife needs an agent. 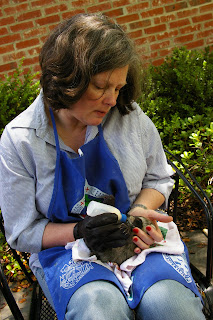 To say she has been the primary caregiver to the raccoons would be unfair. She's been the exclusive source of nutrition and research. Don't let her kid you, though. She's really into it. With the children hardly around anymore, she needs something to take care of. her background as a neonatal nurse seems to be helpful in this endeavor. Think about it: the first decade of her career was spent caring for struggling newborns. I recognize that look on her face.

Maybe she can be to the raccoons what Billy Ray Cyrus has been to his daughter Miley. I guess we should change their names from Cory and Topanga to Hannah and Montana.