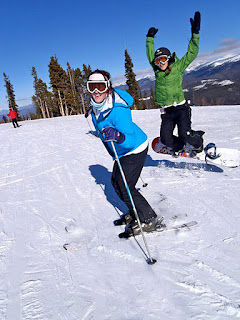 When our youngest left for college and we were beset with empty nest angst, we heard several variations of “You’ll get to the point where the lights you’re happiest to see at Christmas are the tail lights of their cars as they leave.” I think it’s safe to say we’re not there yet. Maybe it’s because our daughter hasn’t spent a lot of time around the house since the end of the fall semester. She went skiing with some of her pals and had a great time; then she came home for a few days and turned right around and went back to Texas, spending a week in Austin. Then, it was home for a few more days before she joined LSU friends for a weekend in Baton Rouge and New Orleans. 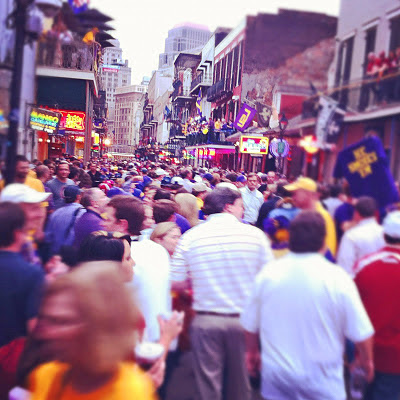 The excuse for the trip was to hang around as the LSU football team played in the Superdome for the national championship. Sadly, the Tigers’ only loss of the season came in the last game and frankly it was never even close. So, that seems to have dampened the revelry significantly. Still, she came home with tales of great adventure and high hilarity involving her friends, most of whom we have known since they were little girls. Looking at the photos and seeing images of dancing, partying, laughing and goofy wigs gives us a small sense of the weekend. 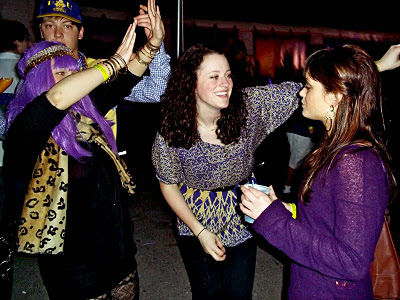 I suppose that gets me back to that sense of quiet when they disappear for weeks or months at a time. We’ve been blessed by our kids’ friends. Many of them are just funny humans. The one in the purple wig, for instance, has the most infectious laugh I’ve ever heard. She and our daughter are known to just lie around, reminisce and literally giggle for hours on end. 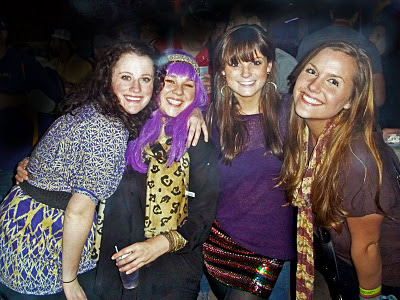 Some of our son’s friends are the same way. While his sister was snaking her way through the French Quarter witnessing wonders she is reluctant to discuss with her parents, he got together on the patio of a legendary local eatery for a pregame party. I had a chance to stop by for a few minutes. I’ll tell you this: spend ten minutes in this company and you’ll find yourself snorty-laughing in no time. 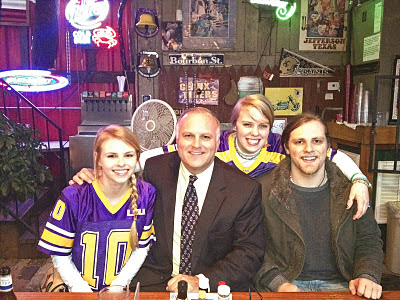 These people are witty, whip-smart and irreverent. That’s a very attractive combination.

The grown-up offspring are out there on their own, and that’s a wonderful thing, but the personality of the family home dramatically changes when they’re not around, which is most of the time. 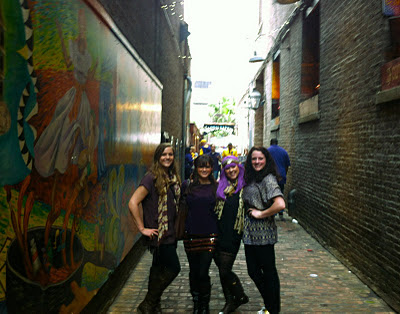 The best news, though, is my wife and I still like one another a whole lot and that really helps. People will ask her (in front of me!) what it’s like to live with such an eccentric (That’s my word. I think the phrase more often used is some form of “lovably unusual’). I will answer for her at times, saying “she’s either laughing or yelling, but she’s rarely bored.” Of course, anybody who knows her knows she rarely raises her voice. She just shakes her head at her own misfortune.

Her survival instincts are about to be tested once again as our daughter packs up her car to head back to school this weekend. At least we’ve grown accustomed to these departures, so tears are unlikely. We’ll instead spend the time concentrating on the laughing and yelling.