What happened to my sit around in the resort and take it easy vacation? A sightseeing day trip turned into quite an adventure. The road itself, Hana Highway, is like something out of an action movie with hairpin turns, narrow mountainside passages and one-lane bridges. 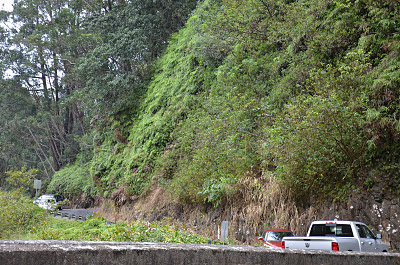 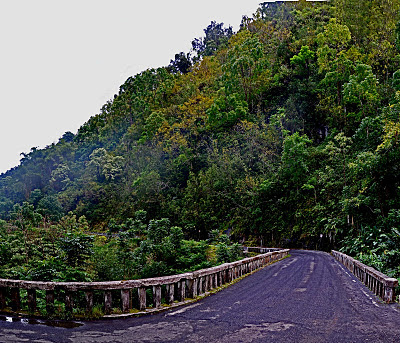 But the views from there are breathtaking, worth stopping for without question. 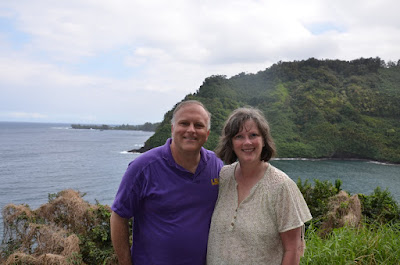 But here’s the thing. Some of the sights you want to see aren’t exactly on the highway. You have to stop, hike, climb, and even hurt yourself a little to see them.
There’s a place on the map called Twin Falls and it seemed like a popular attraction. For people like us who don’t know what they’re doing, the maps mean something. There were lots of people like us. We found ourselves on a trail where Claire was fascinated with the size of the plants. “Just look at those leaves. It’s like Jurassic Park!” 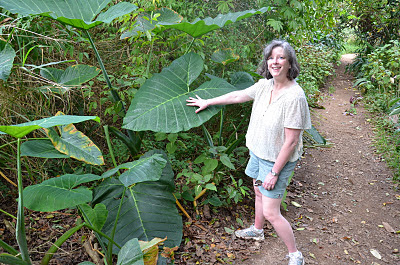 The goal was to find the waterfalls. You can hear them before you can see them, and you can’t really see them without making your way through mud, over a stream and over some rocks. This one seemed more like a water trickle; but that's just me. 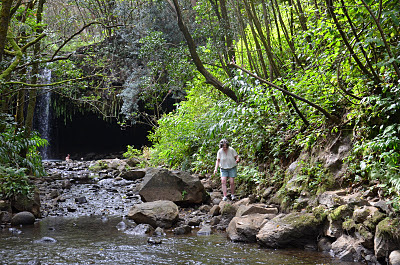 This is Twin Falls, remember? That means there’s another one…even harder to get to. But we got there! 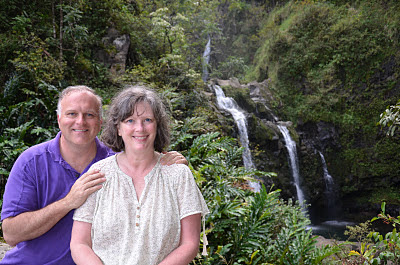 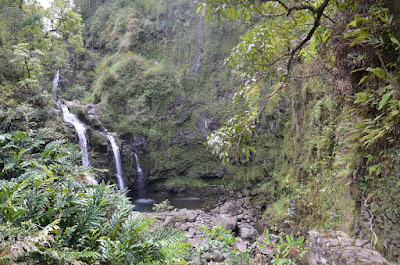 Our reward for making it there and back? Fresh pineapple and coconut milk from a nearby farm stand. 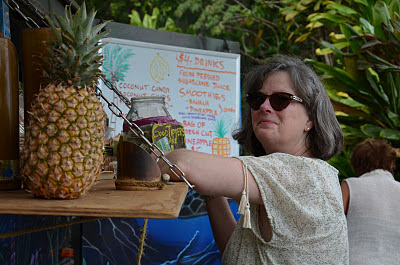 By now, we had a full-blown water fall fascination. After a few more miles of near-collisions along with spectacular views, we saw a much more dramatic waterfall off in the distance. We were determined to see it up close. It took a lot of work. 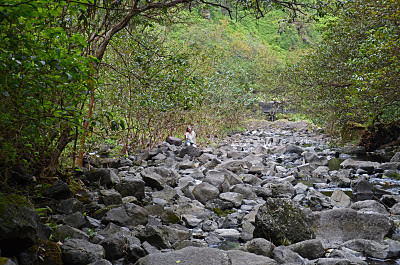 A slippery, soaking wet obstacle-strewn trek of about 300 yards during which each of us fell down at least once yielded a couple of nice photos. 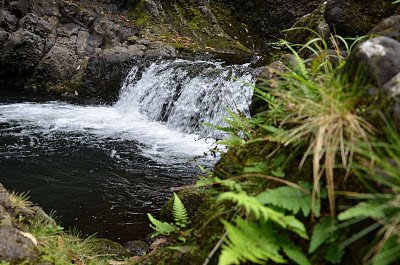 As difficult as the hike to the falls was, it was just as tricky going back; but we made it and pressed on. 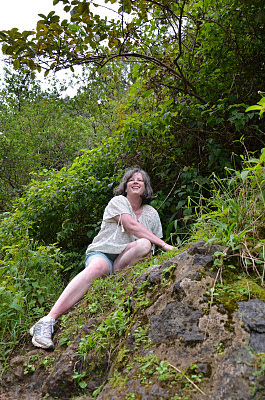 For some reason, this place on the Road to Hana that sells banana bread is famous. I think it’s because it’s one of the few places you can stop for refreshments along the way. Determined to maximize the experience, we stopped and bought banana bread. 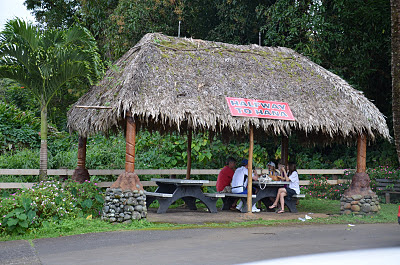 We had dinner reservations nearby and were on the opposite side of the island from our hotel. Fortunately, we had planned for this and brought a change of clothes. We did this because we wanted to dress relatively well for dinner. It turned out to be an absolute necessity because we were covered in mud and a little bit of blood, at least from the waist down. We had to go to the restrooms at the restaurant and wipe ourselves down just to be presentable. 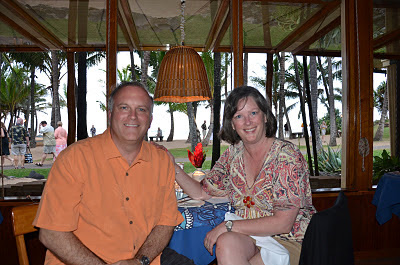 It was worth it. Mama’s Fish House is one of the most famous restaurants on Maui and we found out why. 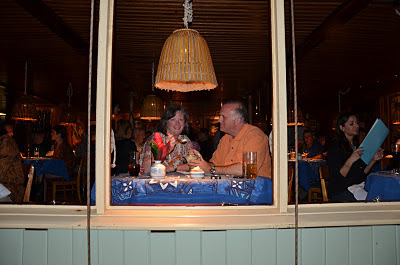 After an elegant dinner, it took more than a hour to drive back to the hotel. We got back to basics: a hot shower and a comfortable bed.
Can I have just one more day where we sit around, watch the waves and simply avoid injury?

we want to hear more about the food. THE FOOD!!!
GL