Tick Tock On the Clock In Hollywood 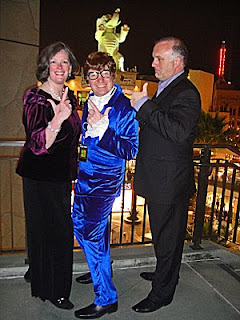 (Hollywood, CA)- If you celebrate New Year’s Eve in Hollywood, you always have to be on the lookout for all types of people who want to help you ring in the New Year. You just never know, for instance, when an international man of mystery may call your wife “Baby-bee” and point his, um, gun at her. You have to stand your ground and brandish your own weapon just to protect your interests.
Also, when you’re standing in line for access to a hot-ticket event, you might run into one of the most respected newsmen in America, even if you had just briefly hung out with him earlier in the day. 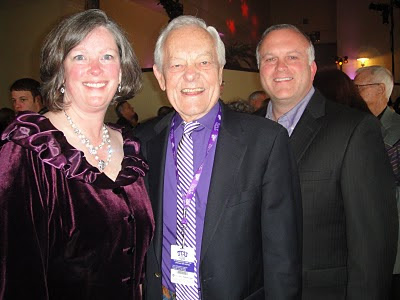 A Hollywood party can do this kind of thing for you, I can now tell you from personal experience. 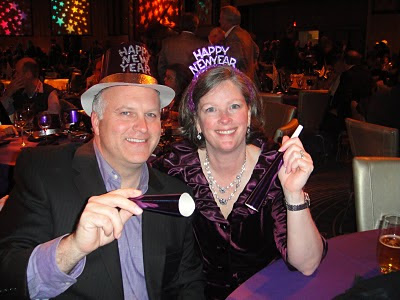 Ringing in the New Year on the west coast has its advantages. If you’ve had a good year, as we did in 2010, then you can squeeze a couple of more hours out of it. The rest of the country and most of the world has already welcomed January 1st, but west coasters are still partying. 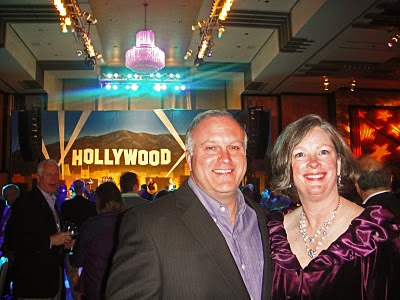 We are here to attend the Rose Bowl and are in the company of thousands of TCU Horned Frog fans. The excitement is almost too much for the Frogs to bear. There is hooting and hollering and chanting and Riff-Ramming going on in the halls of the hotel into the early morning hours.
Just before the Big Kissing Moment, members of the TCU band crashed the party and whipped everyone into a froggy frenzy until about 11:59, Texas time. 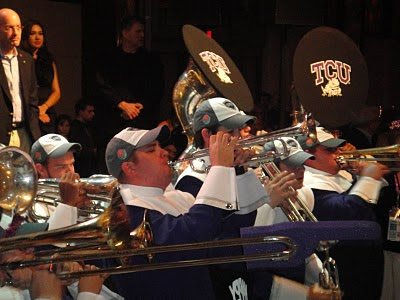 There was delirium in the ballroom of the Hollywood Renaissance Hotel. 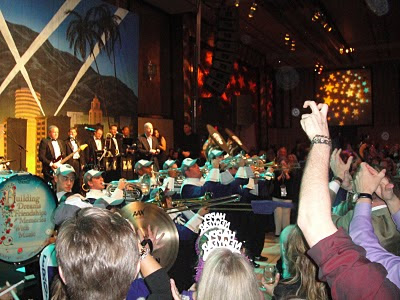 Now, it’s on to the Tournament of Roses Parade, followed quickly by the reason everybody’s here: The Rose Bowl. As has been said countless times over the last couple of days, “Give ‘em hell, TCU."