(Santa Monica, CA) - The Rose Bowl trip has been great. The people we've been with are almost absurdly nice and TCU won the game as we enjoyed sunshine and clear skies. The ebulliant mood endures among the Horned Frog faithful. Several of us have marveled, though, at how things might have been dramatically different. Say, sadly, TCU had lost and the January 2nd weather had arrived 24 hours earlier. 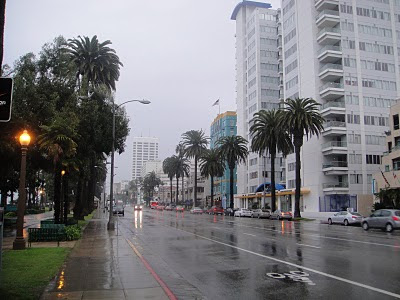 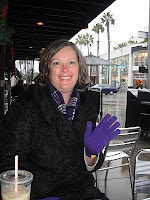 It is legitimately cold and persistently raining; but people have been quick to point out that Horned Frogs are amphibious, so the fans lingering around southern California are determined to make the most of their time here. My wife, as always, has been a huge trooper, donning rain gear and gloves and hitting the soaked streets of Santa Monica. We're still crossed up, operating here in the Pacific time zone. We had breakfast at 10:30 a.m., which by our central time stomachs should have been lunch. We wanted to have dinner at a normal time. So, I just grabbed a slice of pizza somewhere along the way. (Hey, the slice was really good, but the truth is my little between-meals snack gave me a chance to sit under an overhang near a heater.) 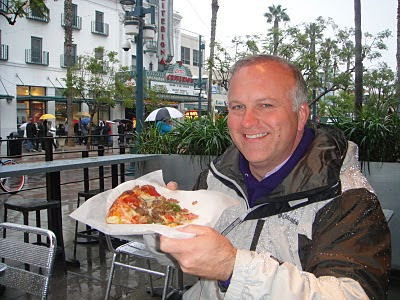 Warmed and well-fed, we were determined to see the Pacific Ocean one more time, so we walked toward the famous Santa Monica pier. 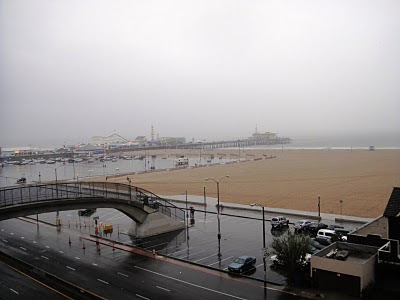 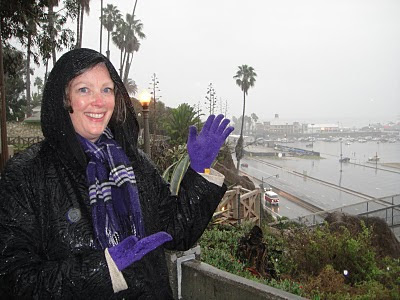 We are all in a positive frame of mind, of course; so this took on the air of a funny adventure...something to tell stories about. After all, we certainly remember the way things were 24 hours earlier (much better!) and why we're all here. 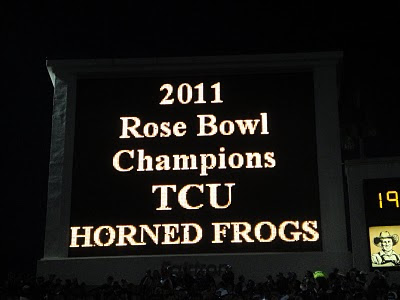 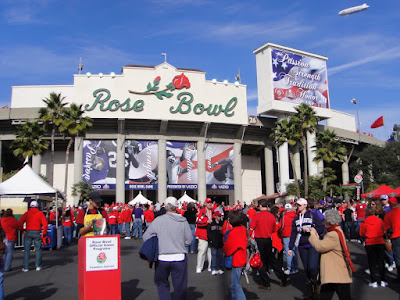 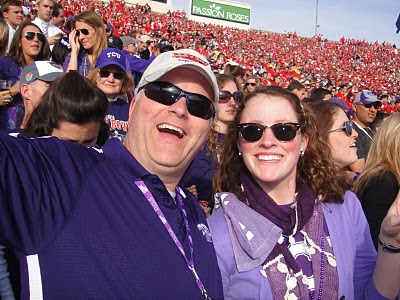