(Pasadena, CA) – It’s all smiles for the Frog faithful as TCU’s football team completed a perfect season with a stirring two-point victory over Wisconsin in the Rose Bowl. We were on hand to support our daughter, a TCU freshman, and the remarkable run of her school's football team. 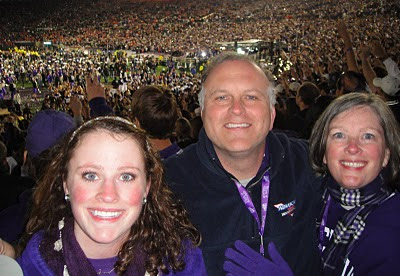 The biggest news, on a personal level, to come from this day is the fact that we actually saw our daughter. Although we had the same destination, we traveled separately. We had been here for a couple of days and had heard rumors that she was nearby, but our first glimpse of her came at 3:50 a.m. on New Year’s Day. With four friends in tow, she gained unauthorized entry into her parents’ hotel room following an evening of revelry. They promptly piled into the bed and crashed. 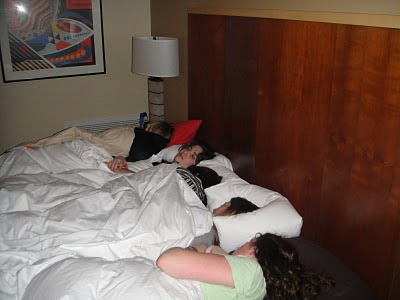 All of this was made possible by our pre-dawn departure to the Tournament of Roses Parade. We’re glad we saw it, but there was a significant misery quotient. When we arrived at our assigned parade viewing seats, the temperature was in the 30’s. Since we arrived before sunup, the temperature continued to fall. We were incredibly cold; especially if you consider that we’re in southern California. 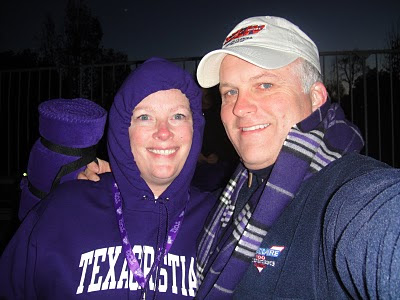 The parade, a New Year’s Day tradition, loses a little something when it’s not on TV. You can admire all the obvious work that went into the floatsand other parade preparations. This is primarily a football trip, so naturally I enjoyed seeing the entries from the particiating teams. 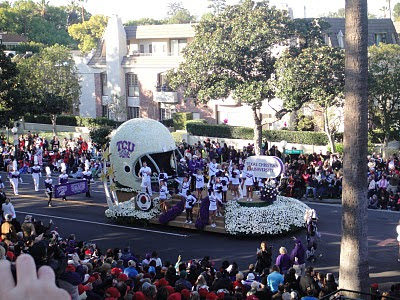 It’s one of those things that you’re really glad you did, but if the opportunity presents itself again, you’d probably rather stay in bed. 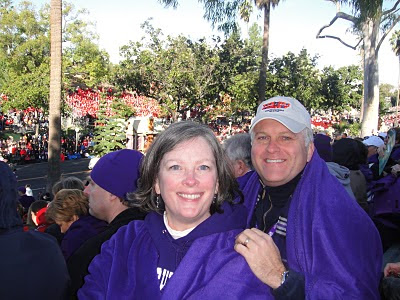 From there, it was onto the Rose Bowl, where we tailgated TCU style. This is in stark contrast to a tailgate event at LSU, where everything is loud and intense. A TCU tailgate is laid-back and exceedingly pleasant, and the setting for this one certainly set it apart. 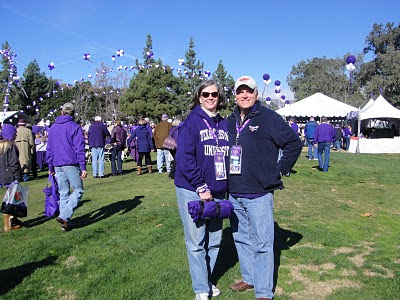 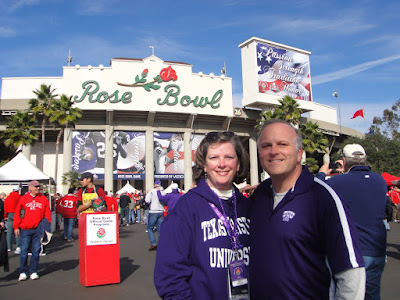 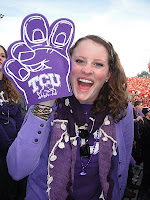 Meanwhile, the sleeping beauties back at the hotel arose from their slumber in time to make it to the stadium,but we didn’t see our daughter until we got to our seats. It’s good we were sitting together; otherwise we may not have spent any time with her at all on this trip. 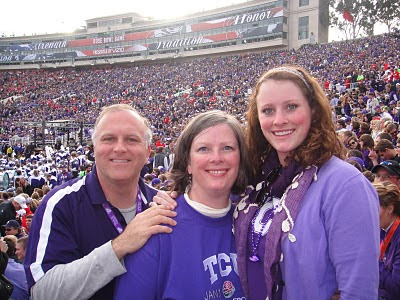 The game was thrilling, coming down to the final minute. Wisconsin was a failed two-point conversion away from sending it into overtime. But when the potential tying pass was batted down, the purple people produced pandemonium. When the Horned Frogs recovered an on-side kick and ran out the clock, the party was on. 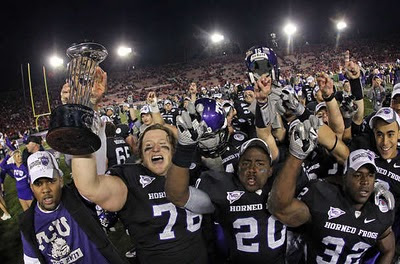 Not for us, though. We had been up since 3:50 a.m. We went back to the refreshingly empty hotel room and ordered a pizza. We’re thrilled for all the Frogs, though. Happy New Year!