All in Our Places With Red Puffy Faces

My wife will sleep better tonight than she has in a couple of weeks. All of her people are back in the proper places, safely delivered from the perils of road and sky, not to mention mountains. 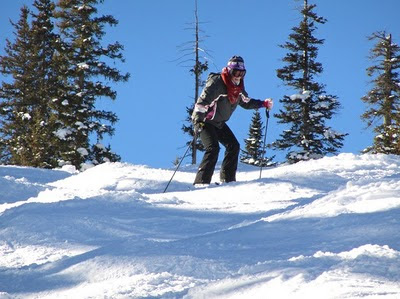 Our daughter has safely arrived in the DFW Metroplex after what she describes as “an epic trip” during which she put 3894.3 miles on her car traveling through five states. She spent New Year’s Eve in Hollywood, New Year’s Day at the Rose Bowl and the days following that shushing on the slopes. It sounds epic to me. 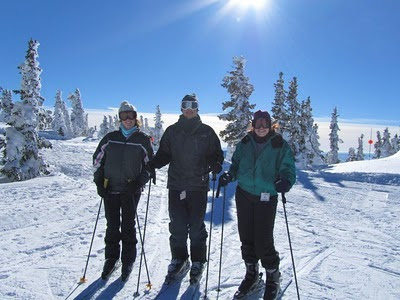 Our son’s concurrent trip certainly had Odyssean qualities, emotionally if not operationally. He spent several days traveling alone in and around San Francisco. We had lunch with him and enjoyed a truncated version of his adventures. He may have grown as a person during his time alone, but his status as a reluctant raconteur remains firmly intact. We can only speculate about what he was thinking as he contemplated the vastness of the Pacific. 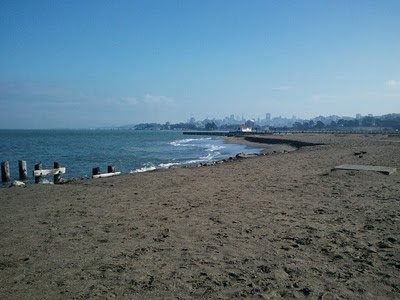 In the meantime, I squeezed one more great football trip out of the season, somehow conniving my way into the Cotton Bowl at Cowboys Stadium to see LSU crush Texas A&M. 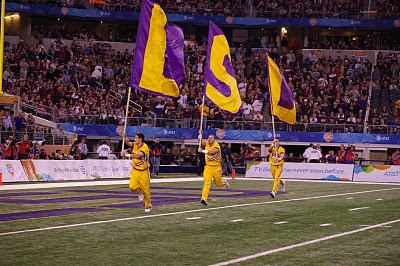 At the Rose Bowl, my wife and I saw exactly six people we knew and one of them was our daughter. At the Cotton Bowl, I saw six people I knew within one minute of stepping out of the car.
Let’s start with my cousin, the Tiger fan who lives in suburban Dallas. 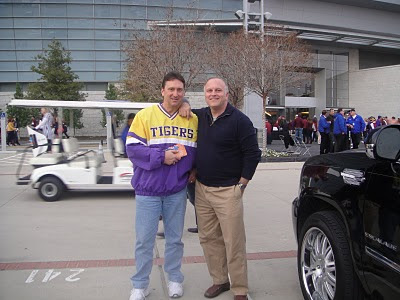 From the other side of the aisle, the lifelong best friend’s older brother, a Texas A&M booster. 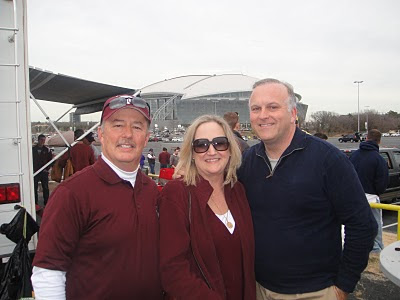 It seemed as though I couldn’t take twenty steps without someone calling my name, like the guy I went to high school with who I see around town all the time… 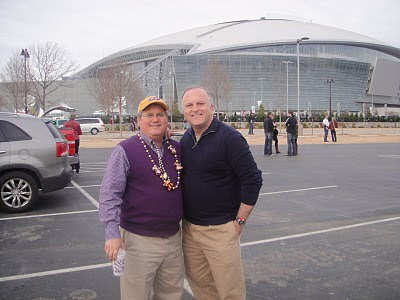 And of course, once I got inside there were plenty of people from the local media, there to cover LSU. 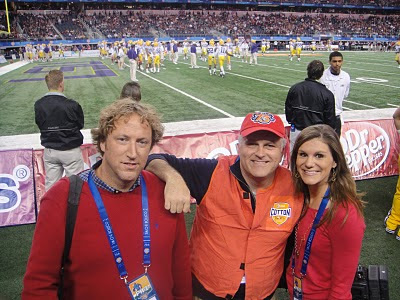 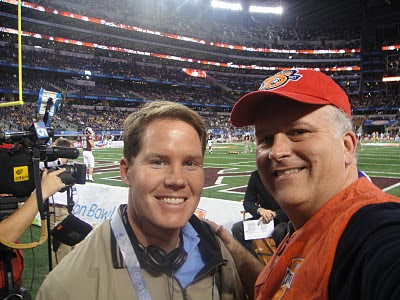 I even ran across a fullback for the San Diego Chargers, who played at LSU. He was low-key hanging around with his family outside the stadium. 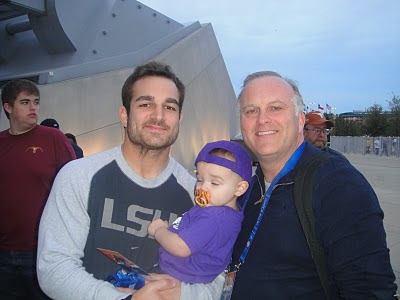 Even people I didn’t know were very engaging. A group of people sitting near the sidelines recognized me and kept offering me food. I have to admit I couldn’t resist a big plate of shrimp they put in front of me. 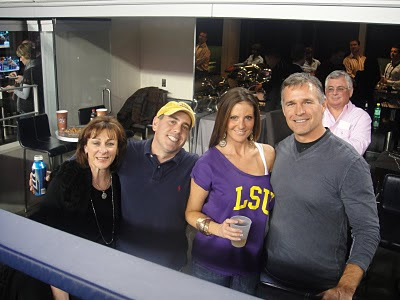 The Cotton Bowl does it right, no question about it. The event was as big-time as it gets. I drove over with a buddy who hadn’t been in the stadium and he was wide-eyed with childlike wonder at the spectacle of it all. 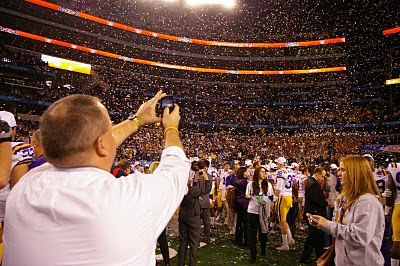 Earlier in the day, we got together with some other guys with local ties for lunch. So you could say it was a full day with an extremely high fun quotient. 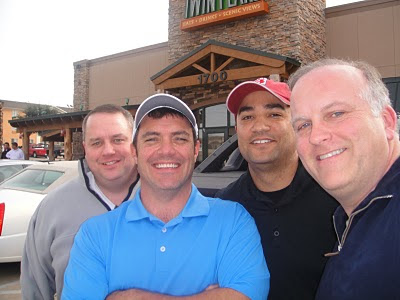 And as much as I am enjoying my association with TCU, particularly since the Horned Frogs provided us the opportunity to go to the Rose Bowl, it was comforting to be surrounded with a more familiar shade of purple and the people who come along with it. 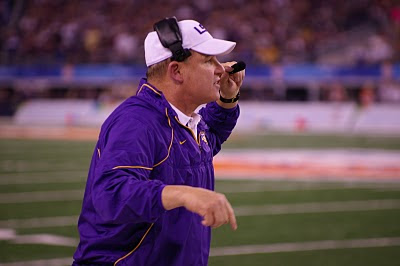 We’re all a little bleary-eyed but thrilled with our extended holiday. Now, it’s time to get some rest. I know my wife is really looking forward to that now that she can sleep easy. 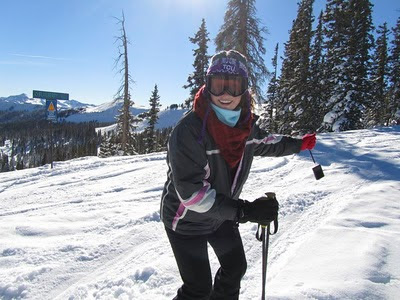