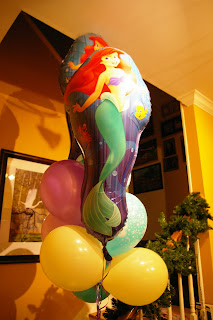 A few days ago, my daughter turned 18. This has been a sobering time for me because this means I technically have no children left. Both of the kids are adults. Of course, 18 doesn’t mean as much as it used to. I realize adulthood is a state of mind, but she is now eligible to vote and that tells you something.
Her friends came through for her on her birthday. The weekend before, there was a big group lunch. On the eve of her big day, four friends came over for a sleepover. They wanted to be with her when she woke up as an 18-year old.

Early on a Wednesday morning, they gathered in all their loveliness and cooked breakfast for her. Then, there was a Christmas morning style gift-opening experience. The best part of all this: it’s nothing new. This has become a tradition. These same girls have been doing this for one another for years. Since this is their last year of high school, it seems it may be a while before we pass this way again.

Mr. Wonderful made the drive into town from Nearby University to celebrate the occasion with the family at the local Fancy Steakhouse. With him, her brother and her parents gathered to honor her, our daughter nonetheless became distracted by someone sitting at an adjacent table. 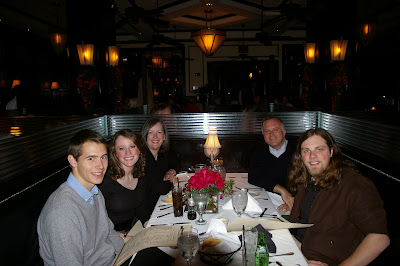 There was a guy with an unusual haircut sitting there. While the rest of us didn’t notice him, she became quite animated once she became certain it was a guy named Sean Gunn. While the name meant nothing to the uninitiated at the table, it was quite familiar to her. He was a star on the TV series “Gilmore Girls,” which has been canceled but shows on a local station every weekday afternoon. She makes a habit of watching when she gets home from school. This would be like me running into Julia Louis-Dreyfus or something, so I get it. After dinner, she stopped by to say hello and asked him to pose for a photo. 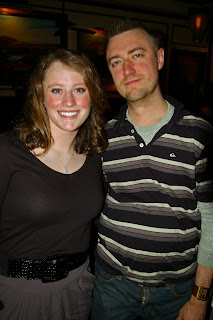 He graciously obliged. Someone at the table said, “Your fans are a lot better looking than mine.” This made her day and I hope affirmed the young actor, as well.
She was excited like a little girl. Her father, who just can’t accept the fact that she actually isn’t one anymore, liked that very much. Happy birthday, Baby.