My Cup is Empty at Lunch

Around work and the pool this week, two topics have dominated the conversations. I have not been able to participate in this intercourse, because I truly have no basis or interest upon which to base any remotely intelligent comment. 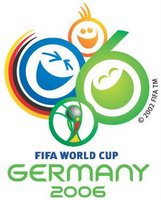 At lunch today, the people surrounding me were speaking with great passion about the World Cup. The people with whom I was passing the time have cultural roots distinctly different from my own, and for a moment or two I felt as if I had been transported to another country.
Their eyes danced and they engaged in robust laughter as they recounted their consumption of World Cup splendor. One of these guys apparently has a nice little set-up at his house where he watches the games on satellite TV while listening to a broadcast from another country on the internet. They were comparing the broadcasting styles of announcers from around the globe. They were discussing how Ghana got a bad break, and were speculating about the possibility of an all-South America final. The best I could muster, as I was getting up to leave, was “Guys, thanks for the company.”
Everywhere else, people are talking about this Star Jones fiasco from daytime TV. The only thing I knew about “The View” before this week was that a quarterback’s wife is one of the hosts.

I saw her in the stands of a football game, and the announcers made reference to her. 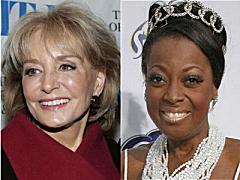 Since the show is on ABC, it must have been Monday Night Football. Legitimate news organizations, even from competing networks, are dedicating significant blocks of time to this messy catfight between Barbara Walters, Star Jones and Rosie O’Donnell. Honestly, this absolutely mystifies me. To be fair, the same shows covered the results of “American Idol” as a developing news story, too. So, I shouldn’t be surprised.
I think of Barbara Walters as a legitimate journalist, her sappy interview specials notwithstanding. She has the chops, the credibility, and dare I use this word…the gravitas…to stand toe-to-toe with the world’s best broadcasters. Having never seen an episode of “The View,” I don’t have any perception of her as a talk show host. So, I’m disturbed a little to see her wallowing in the mud with a huckster like Star Jones.

The lines between journalism and entertainment get blurrier every day. Meredith Viera, who used to be a correspondent for “60 Minutes,” is moving from The View to the “Today” show. But, she will stay on as the host of “Who Wants to Be a Millionaire.” What’s next, Dan Rather doing jazz hands on “America’s Got Talent?”
Maybe CBS can prop up the Evening News by having Bob Barker co-anchor with Katie Couric. What difference does it make now? 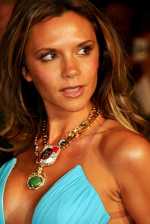 You know what? I’m going to extend my subscription to Entertainment Weekly and let Time expire. Soon enough, there won’t be a discernable difference, anyway.
I should send off for People or Us Weekly, too. I can keep up with Victoria Beckham (famous soccer wife), the exploits of The View crew, and the American Idol summer tour all at once. Then, I would have something to talk about at lunch.

I love how news has crossed over into pop culture..

Makes me want to watch.

To me, she will always be Posh Spice!