The Muzzle is on at KEEL 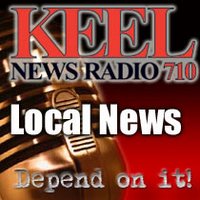 710 KEEL news anchor Mike Sieve was arrested Friday night. It is Tuesday, and so far no witness has come forward to assert that his employers have acknowledged his arrest on the air in any way.
The radio stations which employed Sieve have had dozens of opportunities to do so. This is as close as they’ve come: This is from KEEL's webpage....

Among the “six local men” charged was, you guessed it, Mike Sieve. Reaction in the community to Sieve’s troubles ranges from shock and dismay to disappointment. Certainly, the crimes of which he is accused are an infinitely more serious matter than the fact that the news organization for which he worked has chosen to ignore his arrest. Nonetheless, it is troubling that someone in the Clear Channel Radio organizational chart has chosen to put a muzzle on the local news department.
Let’s be clear here: Clear Channel Shreveport (KEEL in particular) has exactly two people on staff who can be considered purely a news person. They are John Lee, who was until Friday night Mike Sieve’s morning show partner, and Bess Maxwell, who presents news in afternoon drive. Everyone else is some homogenized version of an “air personality” who also reads news copy on one or more stations.
I know Lee & Maxwell. While I haven’t spoken with them, I have every confidence that they have been feeling an obligation to report the story of their colleague’s arrest. I can say with certainty that they’re in a classic pinch. They know what they believe is the correct thing to do, but management won’t let them.
News departments should operate with autonomy, but they don’t. Management, sales and the imagemeisters have entirely too much influence over editorial decisions.
It’s disappointing but not surprising that KEEL hasn’t mentioned Sieve’s troubles. we can be sure there are people in Clear Channel management who just don’t see it that way and believe in their hearts that the proper course of action has been taken. Is it significant that the names of the other men also were not used? Is that the balancing component? Clear Channel has a responsibility to look out for the best interests of its stock holders, and that's what legal and management will prioritize.
I guess that's something we can depend on.

Let's face it. KEEL has gone the way of other radio news. The newscasters just read what was in the Times. John Lee does an interview every now and then. He is not happy, I am sure, with being belted in at the station. And you have to wonder who put the muzzle on him and Bess Maxwell. After all, Lee is the news director. Will we ever know the rest of the story?

It's a Clear Channel policy and one evidently that's enforced with a mighty hand. I was speaking to a CC employee about Sieve's arrest and was told straight forwardly - that I can not say anything about that situation whatsoever - if it is reported that I was overheard discussing this I would be terminated immediately.