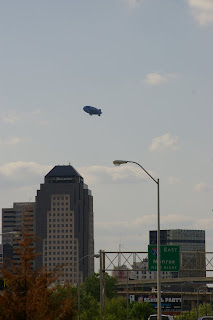 I'm sure people in the big cities are entirely too cool to notice something like a blimp hanging around in the sky, but when a dirigible lingers over a city like Shreveport, people get kind of wide-eyed. 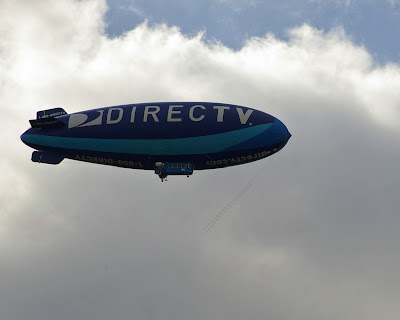 I'm not sure why. Most people discussing it figured it was on its way from a NASCAR race in Dallas to another race in Alabama. It makes sense, geographically.
Shazam, we had us a blimp today. Sometimes, you take these little moments as they come. 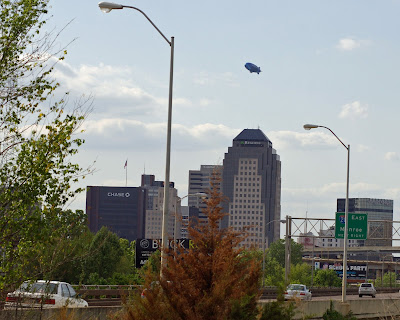