A Beautiful Night for Deja Vu

For a moment this evening, it almost felt like I had gone back in time. Our old ballpark was jammed with a sellout crowd and I was standing on the concourse doing TV stand-ups. 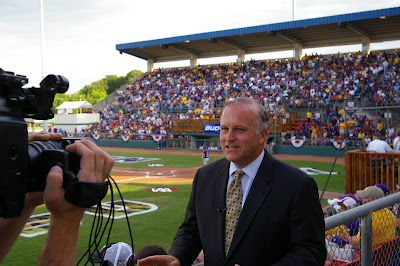 Unlike the mid-to-late 1980's when minor league baseball was all the rage in town, this was a college game. The LSU baseball team came to town to play Northwestern State, and the Tigers can pack 'em in. 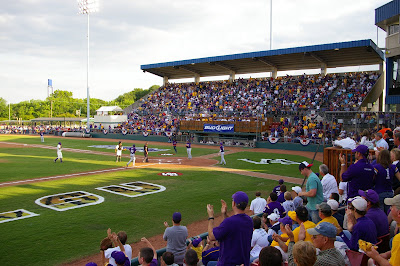 Since I don't work for a news organization, I wasn't doing pieces for a newscast, but instead for the morning show to which I contribute.
There was confusion along the way from fans alert enough to realize I'm not on the news anymore. (I mean, it's been seven years!) My buddy Tim, the sportscaster at the local ABC station, did a double-take as he walked by. He was very confused. 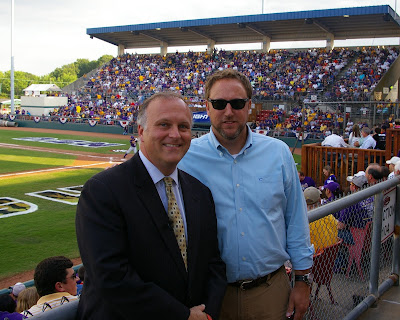 So were a number of my current co-wokers who were attending the game. It was LSU, after all, and anybody who had the wherewithal to get into the stadium was there. I just said, "I have too many jobs," letting them chuckle and wonder.
Hey, it explains why I was in a suit at a college baseball game. Trust me, I was the only one. 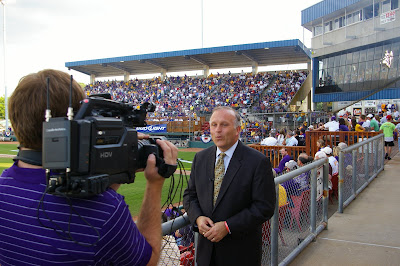 LSU won, 14-3. So, it wasn't much of a game. It was, however, a heck of a night. Late April baseball. Can't beat it. I'm glad I got to go, even though I looked ridiculous out there in a coat and tie. 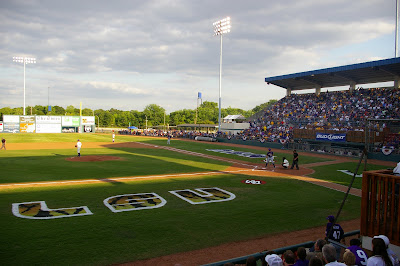