Thanks For All the Confusion

The infant nephew brought his entourage to town and created a little confusion in the holiday home. 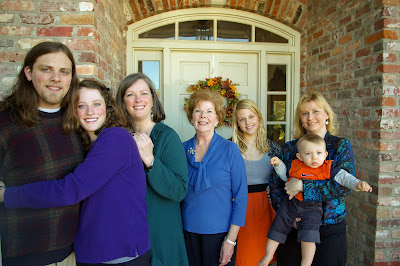 We had a beautiful blended family Thanksgiving. My father came to my mother-in-law’s house for the festivities and left well-fed but a little befuddled. 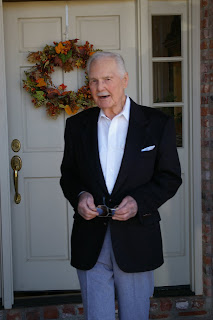 The age spread around the table was impressive: The youngest was 11 months old and the oldest was 83 years. On top of that, the almost 17-year difference between my wife’s sister’s two children is a little unusual. When he walked in, my father spoke to my niece, thinking for a moment it was her mother (confusing, no?). How you mix up a 17-year-old girl with her 40-year-old mother is a mystery best left to octogenarian senses, so just roll with it. 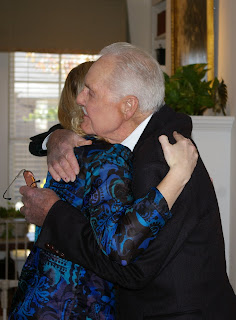 When my sister-in-law walked into the room, he immediately realized his error and just kind of stood there for a moment trying to figure out who was who and what was what. Come to think of it, when he first met my wife’s sister, she was the same age her daughter is now. So, I guess that kind of explains something.
Thankfully, at that moment the nephew was asleep in the other room. Nonetheless, my father was still disoriented from navigating his daughter-in-law’s family tree as my kids arrived. Happily, he was able to concentrate on his own grandkids and things settled down for a moment. 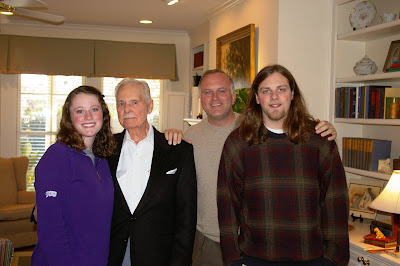 Then, the baby started crying.
If it slipped my father’s mind that my wife’s sister had a teenage daughter, you have to wonder what he was thinking when the baby boy got carried into the room. You know what? He didn’t even ask!

My daughter bonded well with her baby cousin, but my son just kind of admired him from across the room.

Suddenly, someone plopped the baby into his arms. He gamely held on for about five minutes before handing the kid over.
Also in the shuffle: my son’s long-time love interest.

She was a good sport about all the multi-generational comingling. She’s been around for so long, she’s simply part of the landscape and I’m pretty sure my dad had her in proper context. He certainly didn’t ask who she was and that counts for something.
When it came right down to it, everyone sat at the table and got along fabulously. The baby ate and never even whimpered. He entertained us well with two words, “hey!” and “uh-oh!” 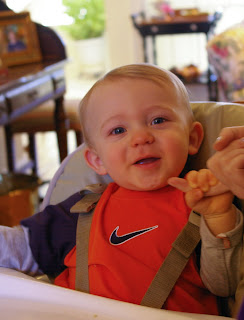 Interestingly, for a while there my father was limited to saying pretty much the same thing.
We got him to loosen up by calling for some of his classic go-to funny stories. So, the youngest and the oldest at the holiday table entertained us best, even though neither one had any idea who the other was. Happy Thanksgiving. 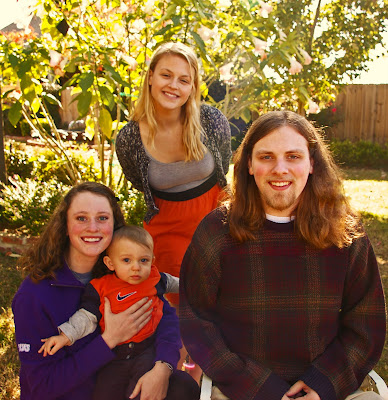 (There they are: all the cousins in one spot.)