Somehow, I’m living with a feeling that the football season has just gone pffffft. It must be some kind of letdown after the memorable weekend I enjoyed. On Thursday, the football team from my daughter’s high school won its final game of the season. It was noteworthy because she is a senior, so this was her final football game as a high school student. 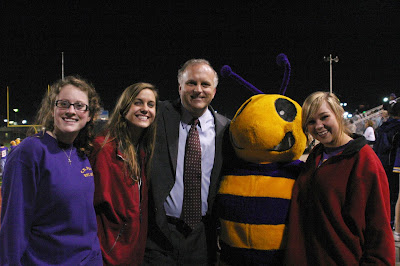 On Friday and Saturday, I had the privilege of watching three top ten college teams play in the span of 24 hours. Undefeated Boise State came to nearby Ruston to play Louisiana Tech. 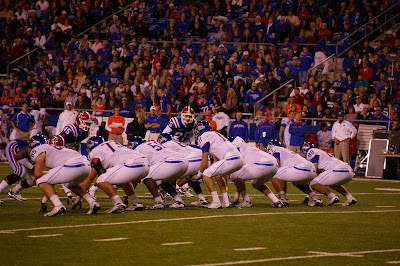 The Bulldogs fought gamely, but as expected the Broncos remained unbeaten. Halftime was conspicuous for us because I represented the employer on the field and accepted a commemorative football. Not only was my name called out, but they put me up on the big screen, too. 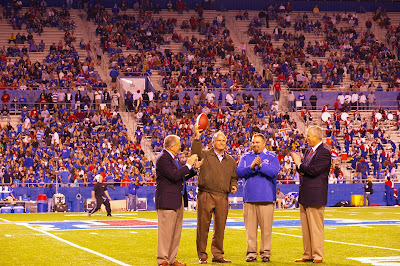 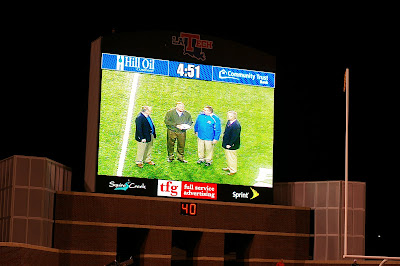 My wife and daughter were in the stands.

It was a beautiful night for football and despite the local team’s loss I would be hard-pressed to find a better way to spend a November evening.
My wife, ever the good sport, even engaged in the time-honored family tradition of having a photo made with the mascot. 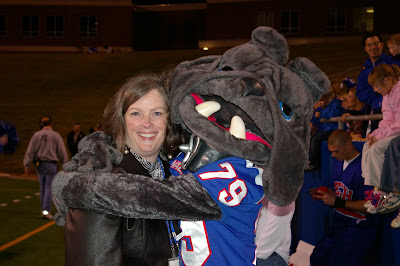 Saturday featured a quick turnaround and a pre-dawn departure for Tuscaloosa, Alabama and a showdown between LSU and Alabama. Both teams had national championship aspirations. The Crimson Tide’s are still alive after a come-from-behind win over the Bayou Bengals dashed any LSU hopes of winning the SEC Western division crown.

It was the third year in a row the circumstances of football led me to Bryant-Denny Stadium. I was proud to be there, despite the Tigers’ loss.
Of course, you have to do what you have to do, and when I am at a football game any opportunity to pose with the mascot must be realized. Tradition is tradition, after all. 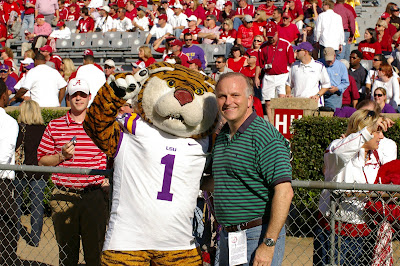 All of that being said, I still can’t shake the feeling that the best part of the football season is behind us. There’s still a month or so to go, but for now it seems to be preparation for next year from this point on. 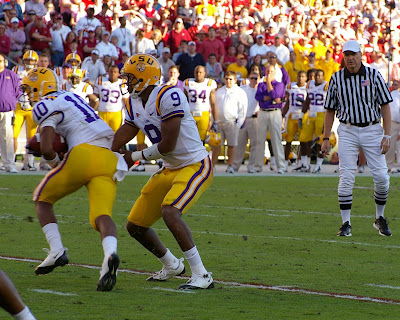