Three old codgers got together for lunch over the weekend and had a few laughs. Take a look at this crew. 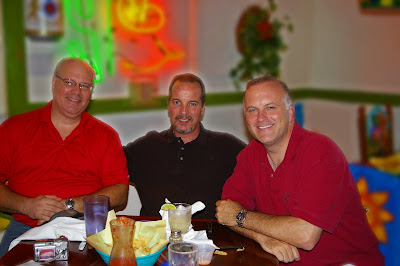 For many years, we worked together daily in the sports department of a local TV station. We argued a little, laughed a lot and developed deep affection for one another. Photos tell the story of the way we were, back when local sports coverage was consistently fun. 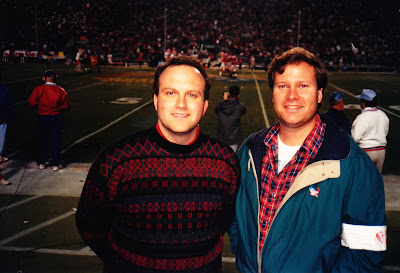 Don't get me wrong. There are lots of people still occasionally having a good time covering sports. They don't do it for the money, I can assure you. There are different kinds of rewards, like getting into games for free and having the company pay your travel expenses. The dirty little secret, though, is that the media companies are not nearly as generous as they once were. I can tell you first hand there are local media people paying their own way to sporting events just for the privilege of being allowed to continue covering them. 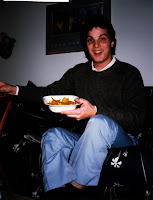 It can't be a coincidence that the oldest member of the reunion trio was the first to get out of local TV and he has the least grey hair. Here's how he looked in the early 90's.
As you can see, the ravages of time may have cost him part of his hairline, but the remaining follicles are producing a preponderance of brown locks. 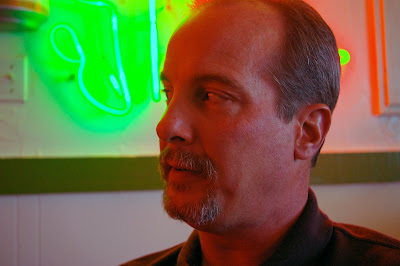 The other two can only think about a full head of dark hair, maybe taking an extra beat as we pass the "Just For Men" products in the grocery store aisle.
There were four people in the sports department at the time everyone worked together and none of us continues to work in local TV sports.

It was fun while it lasted, even though the nature of our business often drove us out into the elements. We were much younger, a little thinner and certainly hungrier back in the day.
During the course of our reunion lunch, we talked surprisingly little about the events we covered when we were working together, instead focusing on everyone's health, the well-being of families and current careers. That's a healthy thing, the kind of thing old coots are supposed to talk about.