A Long Way from T-Pain to Mulberry Mountain

At one moment last weekend, the four members of the immediate family were engaged in wildly divergent forms of entertainment. I was, of course, at a football game. My wife was at an Eagles tribute show with her mother. Our daughter went with some friends to a concert featuring prominent rap/ hip-hop artists Chris Brown and T-Pain. 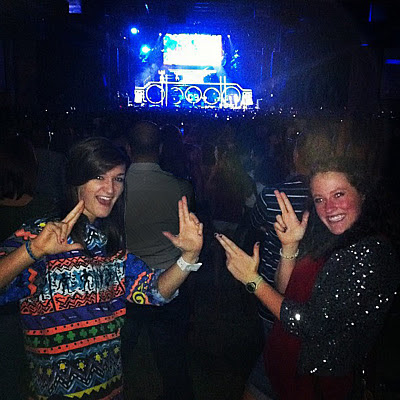 And our son was on Mulberry Mountain in Arkansas for a bluegrass festival.

Bela Fleck and the Flecktones? Yonder Mountain String Band? Cornmeal? Railroad Earth?
Those were just a few of the featured groups at the Harvest Festival. 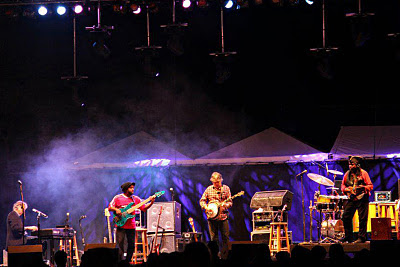 At least I’ve heard of Chris Brown and T-Pain. Mr. Bluegrass was the last to find his way home. He asked his parents to go to dinner so he could regale us with tales of his extended weekend in the Ozarks. Not only did he and his companions enjoy several days of music in a festival atmosphere, but they also went on a lengthy strenuous hike through the foothills that left them huffing and puffing, but smiling. 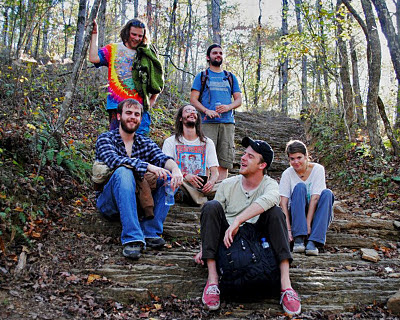 They stayed on the grounds, sleeping under the stars or in a tent. Apparently, there weren’t many showers involved. But there was plenty of music, all day and into the night. 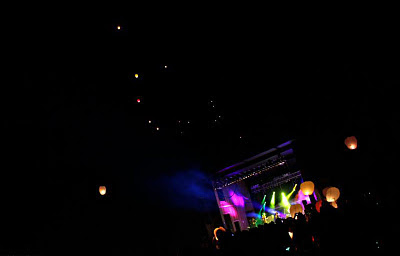 He was wowed by these gizmos called sky lanterns, essentially small hot air balloons that were launched into the night, creating the appearance of new constellations, if not a fire hazard. 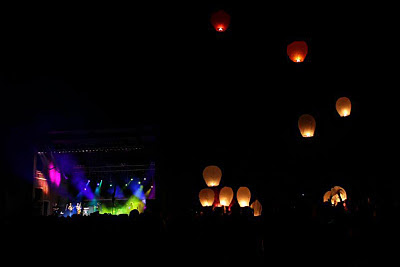 I think my favorite part of the story was their departure. They knew it was a six-hour drive and the festival grounds closed to cars at midnight. So, what time did they leave? 6:05. That’s superior planning and execution right there. When they arrived about 12:40, they were turned away; but everything worked out. They found a riverbank and slept beside it. A father likes hearing these things after the fact, because then he doesn’t have to worry about flash floods and that sort of thing.
They arrived safe and dry, just in time to settle in the back of this crowd for a session with one of the Groups I Never Heard Of. 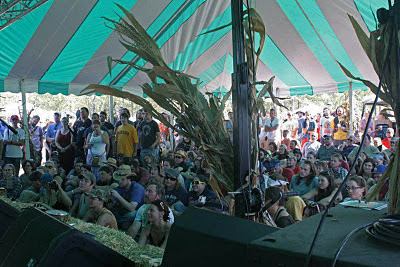 I’m glad they had a good time. Maybe somehow we can homogenize our collective creative energy to find something we can all to together next time.