The Gumbo That Made Me Cry

Having spent a couple of years distracted by our recent infatuation with TCU football, my wife and I were thrilled to find our way back to Tiger Country. It felt like going home, even in ways that could not have been anticipated. 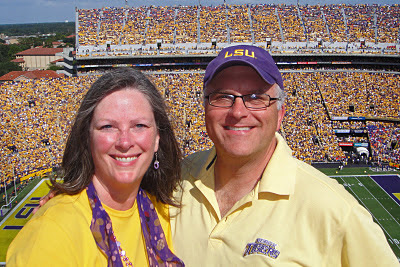 From a perch high in the west upper deck of Tiger Stadium, we saw LSU maul the Florida Gators. The seats were actually pretty good; and on a mild breezy day we had a great view of Baton Rouge. 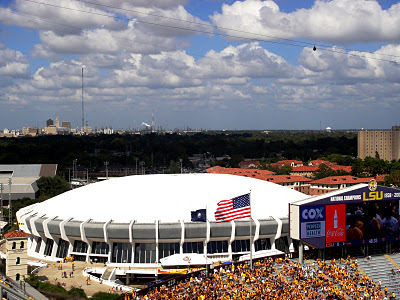 As we walked toward the stadium, naturally we had to weave our way through several square miles of tailgate parties. We stopped for a few minutes at a friend’s low-key affair, which gave me a chance not only to eat and rest a few minutes, but also to reflect on the remarkable contrast in fan sensibilities we witnessed in just one week's time. 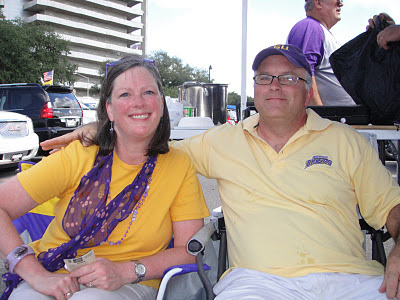 You just can’t explain to TCU people what LSU is like. Frog fans are pleased with their game-day experience, possible because it’s so understated in comparison to many SEC schools. As I navigated a profane, besotted sea of purple and gold, it hit me: Game day at TCU is like a James Taylor concert. At LSU, it’s like Bonnaroo: a giant festival that coalesces into a celebration of the senses. The sights, sounds, tastes, smells and feel of the place are just remarkable.

Because the game was played in the afternoon, we decided to drive home afterward. Lafayette is about an hour west of Baton Rouge, so we planned to have dinner there. 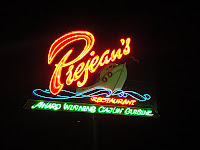 Shortly after nightfall, we stopped at Prejean’s just north of town.

We’ve eaten there several times, but for some reason this particular dinner seemed just about perfect. As I dived into a bowl of spectacular seafood gumbo and enthusiastically spooned potato salad, I found myself becoming surprisingly emotional.
I thought about it for a few minutes, and then I realized what was going on. I was so happy to have such an amiable and agreeable travel partner. My wife and I have been doing this kind of thing together for more than a quarter-century and we almost always have a good time. Moreover, every bite of food I took, every sip of iced tea, evoked memories of the meals that were routinely prepared by my mother and my aunts. They’ve all been gone for so long that I didn’t realize how much I miss them, especially their cooking.

I woke up the next morning and told my wife it might actually be worth it to me on a Sunday to drive back to Lafayette just to eat. She said she felt like the whole trip, driving south and then north across the state in a day, Tiger Stadium and dinner, relegitimized her as a Louisianan. 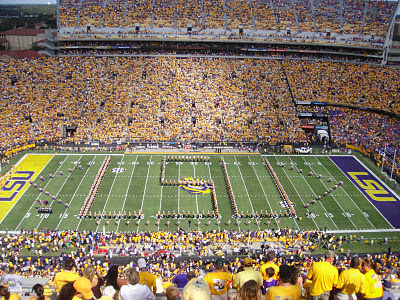 We’re really enjoying our association with new friends in Texas; but when you get right down to it, gumbo still has the edge over barbecue and Tex-Mex. See you at dinner, and forgive me if I’m crying just a little. They’re tears of happiness.

I know exactly what you mean! That's why it's so hard for Louisiana folks to move to another state. When I lived in the DC area for a couple of years, I missed everything about this crazy state!