“Are they a bathoom sumwhar up in thar?” When I heard that question, I knew I was in Tennessee.
For the record, they were a “bathoom” up in thar. And to be fair, that was the most extreme accent I heard during my first trip to Knoxville and the legendary Neyland Stadium at the University of Tennessee. 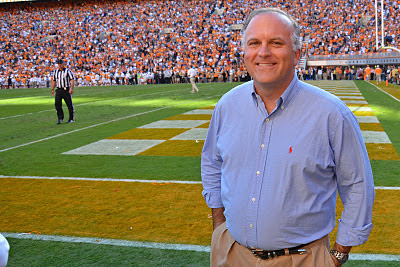 The traveling companions and I got to watch LSU dominate the Volunteers in front of more than 101,000 fans. 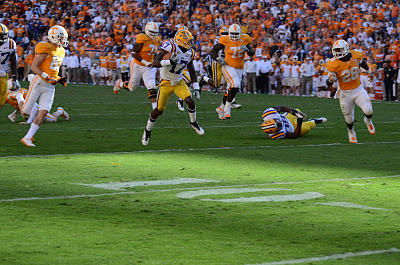 Best as I can recall, that’s the biggest football crowd I’ve seen. The people I know who are Volunteer fans expressed regret that I didn’t get the full Rocky Top experience because the fan base is engulfed in a cloud of gloom due to the current state of the athletic program there. They’re in a rough patch, let’s put it that way. But, still: more than 101,000 people showed up, and that tells you something. 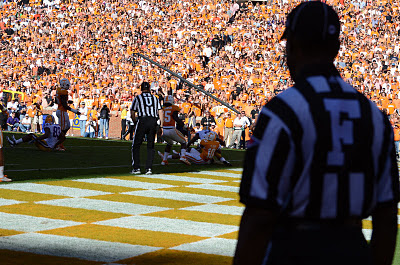 It’s always fun to put eyeballs on things you’ve only seen in photos or on TV. We walked along the Tennessee River for a while and saw the Vol Navy, dedicated fans who liven things up with a water-based version of tailgating. Their yachts, skiffs, barges and speedboats lend an aristocratic air to the game day experience. 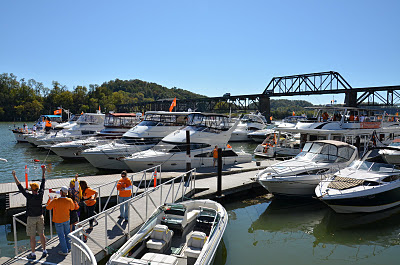 Along the way, we stumbled across a high-end steak place on the riverfront. The timing was convenient. It was the noon hour and kick-off for the game was scheduled for 3:30, so we had the time for a nice lunch. On a perfect October afternoon, we sat on the upper level of a two-tier terrace with a view of the river and ate like kings. The traveling companions rounded up a few friends and for an hour or so, we lived the high life. We agreed that the meal will be one of the things we remember most about the trip. 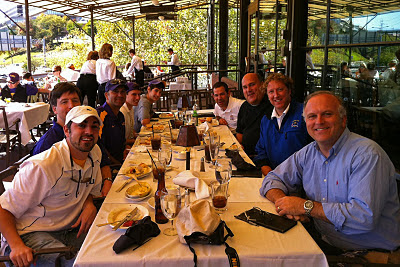 We also will not forget the trip home. We didn’t set out for this to be a high-roller adventure; but from the outside looking in, it must seem like it was. 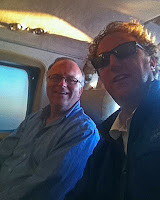 Somehow, we found ourselves on a private plane. This was a real luxury, especially since we could do a same-day turnaround. We were feeling good about ourselves in the evening, on the plane ready for the flight home, taxiing to the runway. Then the plan began to shake…rattle, even. The one thing it couldn’t do well was roll. Trembling just a little, our pilot eased his way back to the terminal as our takeoff was aborted.
There was a problem with the nose gear, but happily it was repaired rather quickly. I have to admit, though; there was more than a little suspense on landing back in Louisiana. We made it home a little later than planned, but all in one piece. The equipment issue is just about the only thing that kept the trip from earning an A+ grade. Well, that and the fact that it got a little uncomfortable in the plane toward the end of the journey. We ate right before we took off, you see. The one drawback of flying on a small private plane is they ain’t no bathoom up in thar.

Oh, and one more bonus: My first Tennessee game meant a chance to add another mascot to the collection! 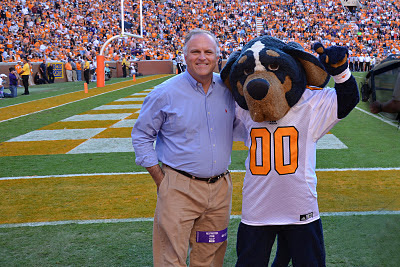