Heat Up That Tiger

(Arlington, TX) - It’s been a sweaty day for three-fourths of the family, as we anticipate the start of LSU’s football season. The game against Oregon in Cowboys Stadium has attracted Tiger fans from far and wide. My daughter has spent the day in the parking lot, selling sunglasses. I think business was brisk. It took my wife a long time to track her down, but finally she did…just moments before her cell phone’s battery died. That would have been a challenge. 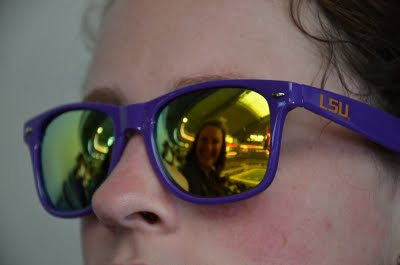 It’s two high-level games in two days for our daughter, who was in Waco last night for TCU’s thrill-packed two-point loss to arch rival Baylor. She barely has a voice this evening. For her, it’s a cultural crossroads. A TCU student who grew up in Louisiana and has dozens of friends and acquaintances in school there, she can legitimately claim dual loyalty. 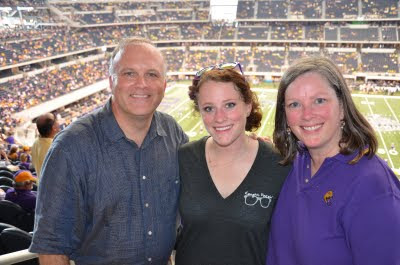 When we arrived at the stadium, the temperature was officially 104 degrees. I got into the air conditioning of the stadium while my wife was on her quest to find her daughter in the sweaty purple and gold sea. At one point, I got a text message that read “Can I tell you how much I’m sweating? OMG.” I can only imagine. So, when they finally reached their seats, they were flushed in the face, but all smiles. 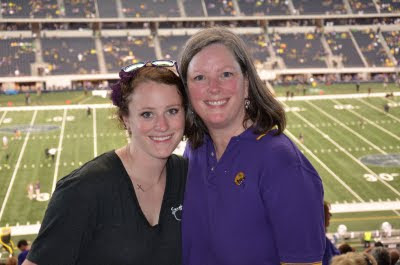 The game matches up two top five teams. What a thrill to be here. It’s a fantastic way to start the season. Thank God football is finally here. 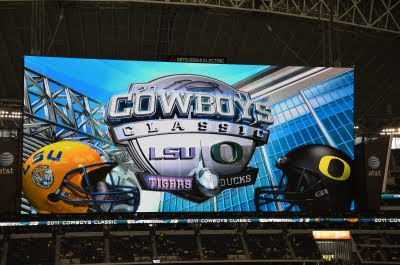