The Ft. Worth Four

The immediate family assembled in Ft. Worth, but it wasn’t easy. Getting everyone together for Family Weekend at TCU had its share of logistical challenges, which were made all the more complicated because our daughter recently added a part time job to all of her other activities. As luck would have it, she got called in for an eight hour shift on Saturday, so my wife and I went to the afternoon football game without her. 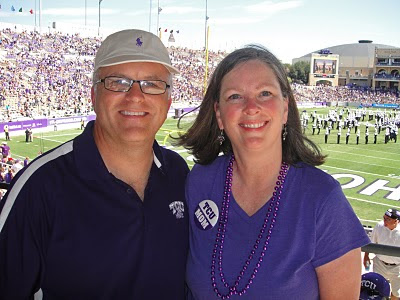 It was scorching hot by any standards. The afternoon sun was brutalizing Texas as temperatures approached triple digits. The Horned Frogs won handily, so as the fourth quarter approached we took off for our hotel where a shower and a nap proved irresistible.
Our son arrived separately, just in time for dinner at a downtown Italian restaurant. 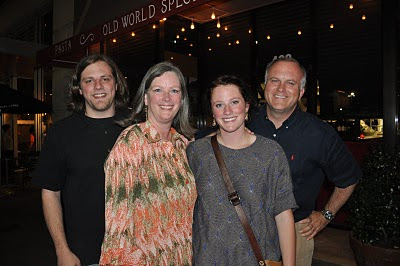 He was a little bit of a celebrity. Our daughter brought along five of her closest college friends and most of their families, none of whom had met her brother. He charmed them all, of course. Then, after dinner there were mandatory group photos. 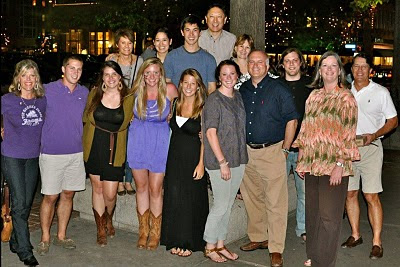 I’m a little chagrined that I bothered to change into long pants for all this, but we were meeting several of the other parents for the first time, as well. You need to make a decent impression.
We found our way to campus after dinner, where we spent time in our daughter’s apartment. As the evening wore on, though; we got kind of sleepy.
Not our son, though.

The 21-year-old Captain of the Night went completely against character and went by himself to check out Billy Bob’s Texas, a legendary Ft. Worth honky-tonk. Surrounded by hundreds, possibly thousands, of people in Wranglers and cowboys hats he was conspicuously out of place. Always on yellow alert, worrying that “I might get my ass kicked just for being me” he seemed to have fun nonetheless. 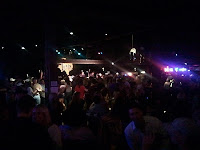 As the four of us got together for Sunday lunch, he told us his Billy Bob’s stories. I think ultimately his sister convinced him that not everyone in the place was some kind of ranch hand; it’s just that most of them dress up that way because they know where they’re going. (It’s much easier not to worry about getting your ass kicked when you blend in).
But, guess what? She had to go to work at one o’clock. So, we said our good-byes. She took off for the high-end women's store and we drove three and a half hours east back to our decidedly non-Texan lives. Still, we all agreed the weekend was very much worth the effort. We have no idea when the four of us will be together again. Our son summed it up best when he hugged his sister good-by, saying “See you again sometime in the future.”