A Gift of Faith and Courage

A couple of days ago, I received in the mail a book sent to me by the author, Brady Boyd. He autographed it for me with the inscription, “Darrell, stay strong! Psalm 23:4 –Brady”
I sat down almost immediately and dived into the pages of Fear No Evil: A Test of Faith, a Courageous Church and an Unfailing God.

If not for a series of daily-life obligations, I might have devoured every word in one sitting.
The thing is, I’m not exactly sure why Brady, the senior pastor at New Life Church in Colorado Springs, sent me the book; but I’m honored and thrilled that he did.
As I get older, there seems to be an ongoing emphasis on this life lesson: You never know when someone with whom you were once in relationship will reemerge into your life. “Pastor Brady,” as he is known to his massive flock, is a glowing example of that.
It must have been almost 20 years ago when a journalism student from Louisiana Tech named Brady Boyd slaved as an intern at the television station where I was the sports director. I remember him as likable, reliable and eager. He got his grade of “A” for his internship and moved on. He showed up on my radar screen occasionally as a young up-and-coming broadcaster and a coach; but then, from my perspective, he slipped silently into the ephemera. 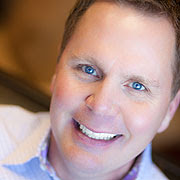 I ran across his name on Facebook and/or Twitter, and we passively reconnected. I sent him a message asking what he’s up to these days. He replied, matter-of-factly, “I’m senior pastor at New Life Church in Colorado Springs.” Embarrassingly in retrospect, that struck me as slightly interesting. I didn’t realize the deeper meaning of that until months later.
I didn’t even know he had gone into ministry. I figured he was working in media sales somewhere and calling ball games on the side for kicks.
I had no idea that my former intern had replaced disgraced pastor Ted Haggard at a megachurch. I was also blissfully ignorant that on Brady’s 100th day in his position, a gunman armed with an automatic weapon, diversionary grenades and a thousand rounds of ammunition strolled onto his church property on a Sunday morning and opened fire.
Two people died that day. A security guard, who said she was guided by The Holy Spirit, emerged as a life-saving hero. Brady became the centerpiece of a major national news event. I somehow missed it all. Three years later, Brady Boyd has published his story. He dutifully dispenses the details of that incomprehensibly harrowing day in the first chapter; but that simply sets up a riveting tale of courage, redemption, faith, perseverance and forgiveness.
Pastor Brady lays out so many life lessons, using his obviously unwavering faith in God, Jesus and The Holy Spirit as a granite base, that it often felt as if he had been speaking directly to me.
He admits there were dark times when he felt despair and depression, staring into the abyss of what seemed to be certain defeat. But he remembered the words of the 23rd psalm and realized he was in a valley of darkness. He knew that if he just stayed strong and kept moving, he would eventually climb the mountain and turn around. He has done it, and the faces of tens of thousands of faithful followers of Christ are looking to him with hope. 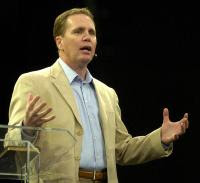 Brady’s congregation is evangelical, and as a lifelong devotee to liturgical denominations, the form of worship in his church is miles away from my comfort zone. From a safe distance, his story has moved and inspired me. It has offered practical life lessons as well as insight into the kind of Christian faith that I practice and strive for, but which seems to elude me. I want to make a pilgrimage to Colorado Springs and see if maybe somehow my former intern can carve out time for lunch.
I still don’t know why he sent his book to me, but I’m glad he did. He would no doubt advise me to intentionally and diligently pray about it. I think I just might do that.